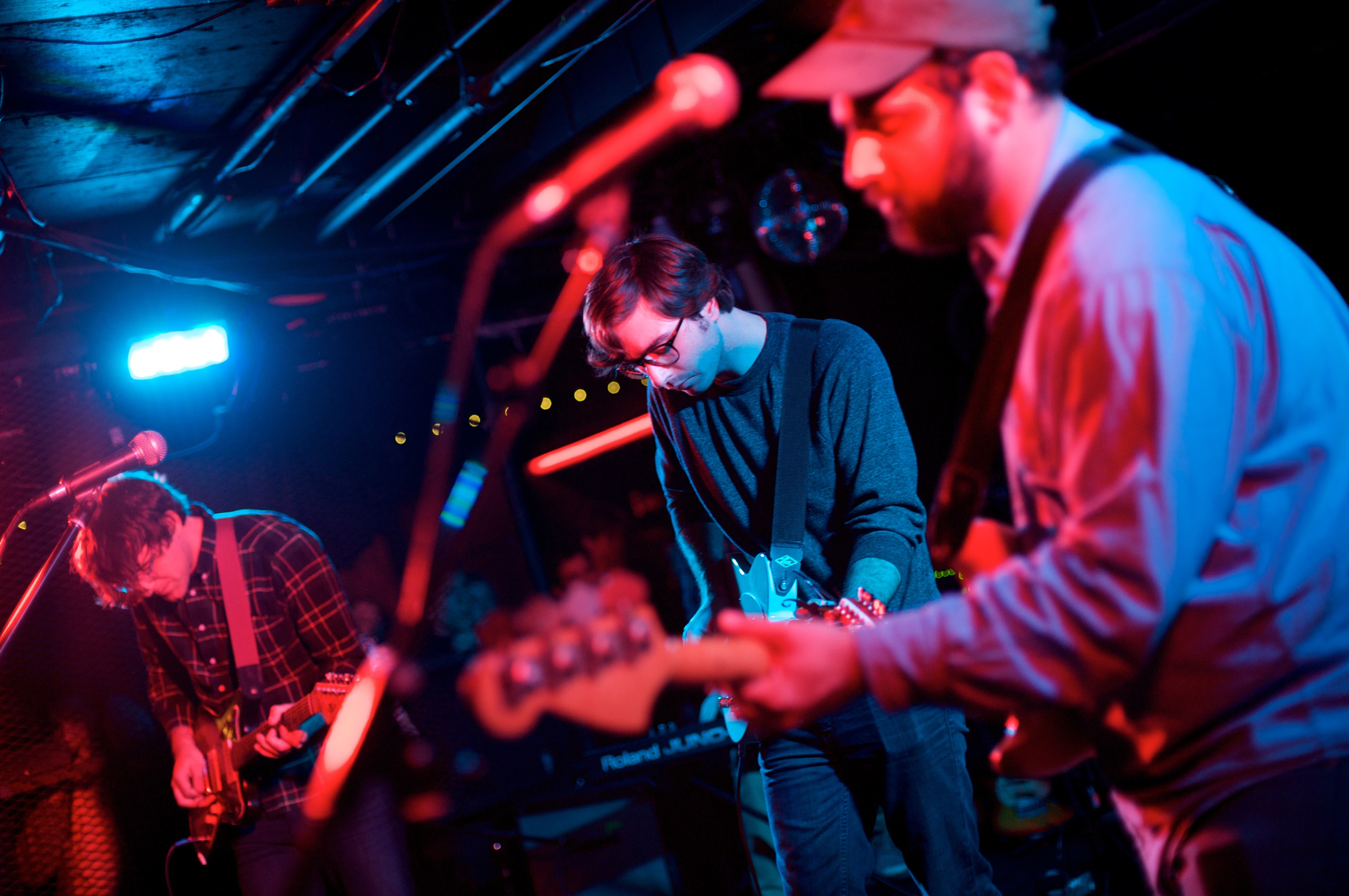 Live Review – Real Estate, Big Troubles and The Shilohs at The Biltmore, Vancouver BC. 8/11/11.

Pitchfork darlings Real Estate played to a full crowd the other night at The Biltmore, Vancouver BC. Support came from local record store four piece The Shilohs and Slumberland signing Big Troubles. The Shilohs’ brand of dreamy folk pop fit well and set the tone for the evening.

New Jersey band Big Troubles were as popular as the headliners, and they actually sound very similar to Real Estate who apparently grew up together. There must have been something in the water on their block…Their dreamy pop is pretty infectious for music that also makes you feel like kicking back with a
beer. Crowd pleasers included Time Bomb in which lead singer oohs and ahs and sings “Ticking like a time bomb, waiting just to blow” in catchy repetitions. Sad Girls is another hit, it’s guitar riffs drove the track on stage as the lead singer sang in his hazy honey voice. Minor Keys, a personal favorite of the set, got the crowd a little more animated, and the stand out lyrics “I listen to the saddest songs, just to feel anything at all” couldn’t fail to make an impact. The live sound shone in comparison to the slightly overproduced recording on their record Romantic Comedy. Big Troubles also played an in store at Zulu records the following day for those who just couldn’t get enough.

By the time Real Estate came on the place was packed with slightly impatient fans ready for some chilled indie delights to nod their heads along to. Not long in to the set, frontman Martin Courtney shouted out “When did Vancouver get so beautiful?” much to the delight of the crowd. Seems like these guys have toured enough to learn a thing or two about playing up to an audience. Apparently, local hero and interview extraordinaire Nardwuar was about and there to watch the band, they dedicated the song Easy to him. It can’t hurt to get in his good books after all, he’s interviewed every big musical influence of the moment from Jay-Z to Best Coast.

Their live performance sounded pretty much identical to their record, and so the crowd were left sort of unsure of how to act bar one guy who was jumping about manically all night long. Highlights included songs Beach Comber and Black Lake from their first self titled album, although the majority of the set was a sampler from their new album Days released on Domino. When it came to the end of their set, they left the stage and upon return the long haired drummer Jackson Pollis built up a real frenzy to lead into their final two songs; the first real improvisation of the night. The nostalgic sound of Real Estate’s songs don’t quite translate as well on stage as they do sat listening to them in the tranquil of your own home, but doing that is well, pretty darn magical.