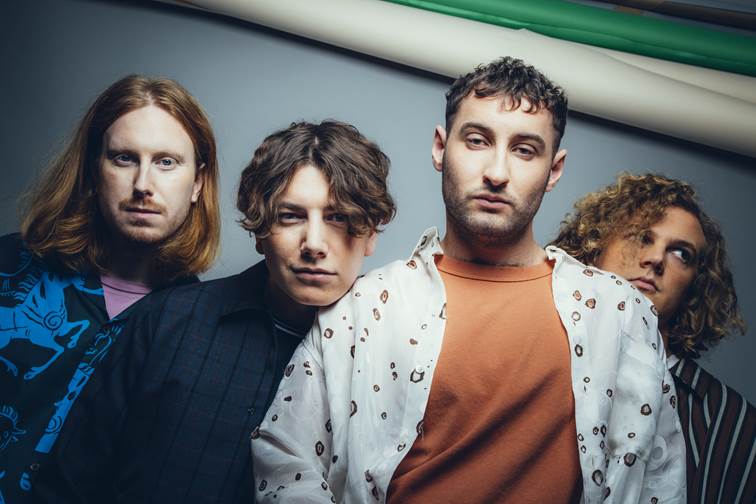 Sea Girls, recently released “Ready For More.” The new single is the first the band are sharing off a forthcoming release Under Exit Lights, due for release on March 6, via Polydor. Of “Ready For More” Sea Girls lead singer Henry Camamile explains; “‘Ready For More’ is the bad apple of the EP. It looks and sounds sweet, but it’s basically staring into this abyss of nihilistic behaviour and being scared that I couldn’t change it. This song practically embraces the slippery slope I was on.”

2019 was quite a year for Sea Girls, one of the UK’s most exciting new bands, named after a misheard lyric from a Nick Cave song. They signed a major record deal with Polydor, toured the globe, triumphed at Reading, conquered NYC and LA, and played their biggest UK show to date when they sold out London’s Forum.

Sea Girls are a band aiming first and foremost at being the singalong torch bearers for a whole new generation. Much of their success is driven by their energetic live performances and uncanny ability to write songs including the pneumatic, infectious punch of “ Call Me Out ,” “ All I Want To Hear You Say ,” “ Damage Done ,” and “ Violet .”