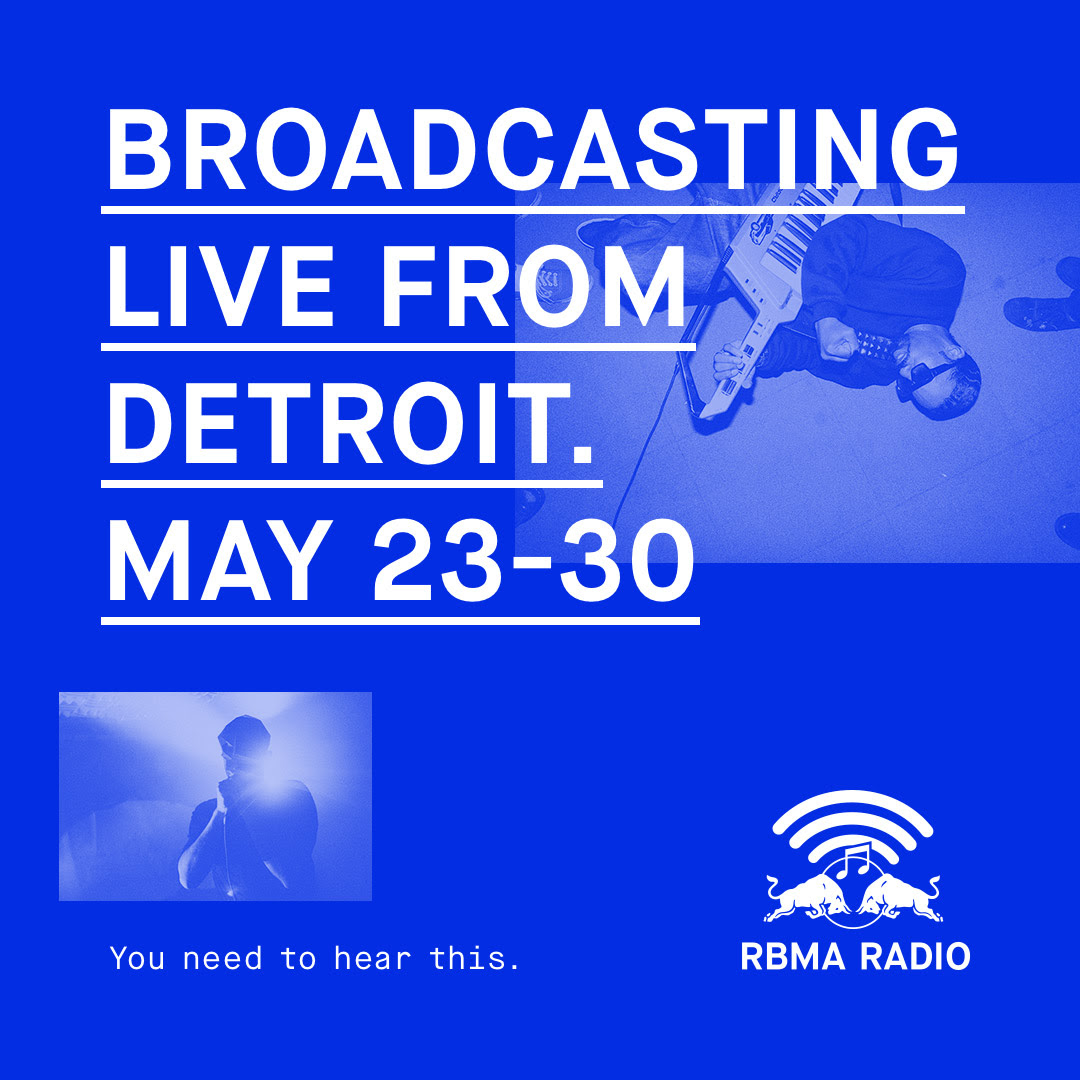 From May 23 to May 27, RBMA Radio returns to Detroit for the 10th anniversary of the revered electronic music festival Movement. Broadcasting live from a custom-built studio at 1325 Broadway in downtown Detroit. The week-long program celebrates the past, present and future of music from the Motor City. Alongside live interviews and sets by both pioneering artists and fresh new talent, the station will air exclusive features with trailblazing Detroit artists – from funk icon George Clinton and Motown legend Leon Ware to proto-punk rebels Death and rap eccentric Danny Brown.

The RBMA Radio: Live from Detroit program will continue with a Movement livestream from May 28 to May 30, broadcasting selected performances from the Red Bull Music Academy stage at the festival. Tune in to rbmaradio.com to hear sets from Four Tet,Dâm-Funk, Big Freedia, The Black Madonna and local artists such as Kyle Hall, Amp Fiddler, DJ Godfather and more. See the full stage line-up below.

In addition to airing some of the best Detroit-centric stories, conversations and studio mixes, the program throughout the week will include special programs themed around the city: