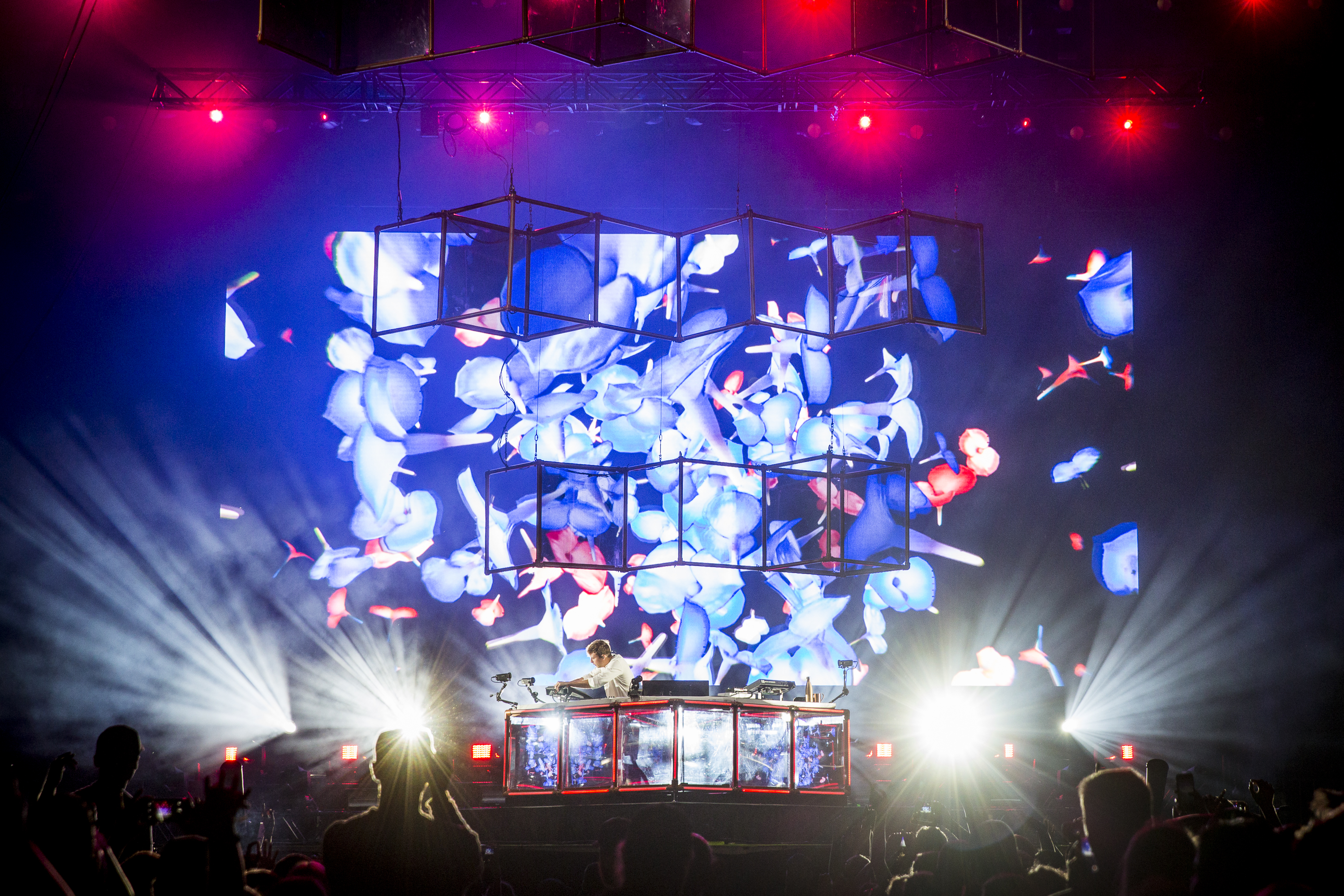 Flume by Mark Horton @ RBC Ottawa Bluesfest, July 13
Share on TwitterShare on PinterestShare on PocketShare on RedditShare on FacebookShare on Email

Not the most safe night of the festival, the crowds were exceptionally inebriated on the festival grounds, causing a lot of havoc for security. For those in attendance, if you didn’t mind the squish, and light danger of the night, there was a lot of great rap and dance music to be had.

45 minute delay aside, Migos didn’t seem to carry any bad will once they hit the stage. Guiding the hoards of young festival-goers, Migos had the crowd wrapped around their fingers. With the whole audience jumping as far back as the entrances they had the riled up crowd bouncing side to side, with their large numbers letting them control the entire audience at any time. Playing “Bad and Boujee” and “Slippery” it didn’t matter how intoxicated the crowd was thanks to their constant energy.

Going full-throttle into his set, Lil Yachty came on stage wound up and ready to go. Twisting an jumping all around, it was insane he managed to nail all his lyrics while going so fast. His antics got so intense as he came down to the risers in front of the crowd that he actually fell at one point, laughing it off as he jumped back into his set undeterred. Through “Peek A Boo” Yachty brought the heat, carrying it right into “Shout Out The Roof.” Carrying his set on his songs and raw energy, Yachty managed it all by himself thanks to pure passion of performance.

Opening ominously with his flower banner hanging in front of the stage, the Aussie producer knew how to set the stage for his show. Opening on soaring synths and brooding bass the lighting rig shined through his banner before it finally came down as he launched right into his shaking set. With his geometric lighting rig and video display making the visual aspect of the show a marvel, it was the full package. Through “Helix” and “Enough” the crowd swayed and danced, fists pumped in the air through the ever-changing moods he set throughout the show. Bringing in some weird pop on his remix of “Tennis Court” by Lorde he had the crowd chanting while dancing. It was his totally moving moments on tracks like “Never Be Like You” that set the crowd into their deepest grooves of the night as the once violent crowds of the night seemed to have been calmed by his lower-key sound.