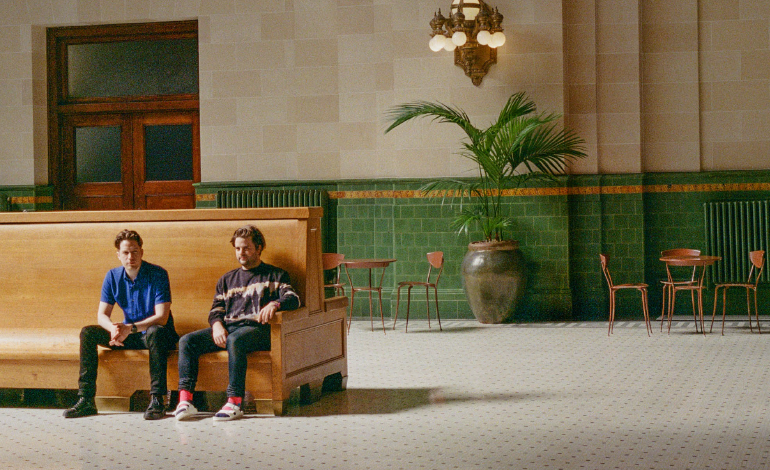 Ravennas are a Seattle based pop duo consisting of Paul Dutton and Ben Grant. The two met for the first time in elementary school. Ben moved to the Pacific Northwest and the pair were fast friends, bonding over music and an early fixation with Rivers Cuomo. Paul stayed in the PNW and earned a degree in classical music composition while Ben moved to Los Angeles and later to New York City before returning to Seattle in 2016. The pair started Ravenna’s in 2016. Their first two singles, “Meet in a Garden” & “Washed Away” we’re produced by DoM, the elusive Massachusetts psych-popper who made a splash with his 2010 EP Sun Bronzed Greek Gods. Today, Ravennas are sharing their new single “Scene #9.” The track will be available on June 13th via most DSPs.

Lyrically I’m obsessed with how Ben captured this haunting and intimate portrait of someone reflecting on human life, while also managing to get the word ‘marshmallow’ in. It’s hard not to hear a word like that sung so effortlessly and not think about someone like John Lennon. First I wrote the main chord progression at piano, which features a common note that links all four
chords, but also features a really jarring chord you wouldn’t typically play in this key, so it was exciting to hear how Ben dealt with that weaved his melody around it. Ben really pushed me to stretch the boundaries of the demo, and to write a clear ‘B section’ that stood on its own. So we came up with this idea to track 3 part jazz harmonies that change keys and pull your ear down into a stream of beauty between verses. Poor Ben had to sing some pretty wild parts, especially the low vocal which features some very unfriendly jumps and leaps but he nailed it. We scrapped many different ideas and structures before landing on this after a few weeks. We went to my parents house and actually recorded the guitars on my dad’s Gretsch and old ‘70s fender amp in their basement while they ate lunch upstairs. We also borrowed a 12-string guitar, which might be our new go-to. Tambourines are a huge part of this song and we recorded 4! As always our biggest influences remain Lennon, Brian Wilson and even Jeff Lynne from ELO who writes such under appreciated and gorgeous choir parts, which we tried to emulate here.

The persona for the character was inspired by Jerry Lewis’ performance in the original Nutty Professor. In the movie he’s a socially awkward professor who invents a serum that turns him into “Buddy Love,” a suave crooner and brash girl-chasing hipster. I thought his performance was hilarious and imagined him at a tiki bar on the moon or some distant planet in his blue suit and pink dress shirt get-up. Somehow I ended up imagining this guy dying and re-awakened on another planet. So that’s where the song begins. We’re dropping right in as he transitions and he’s reflecting on how he’d lived before. It’s a fun character but it’s also a dramatic situation. I was tracking vocal ideas over the demo Paul sent me and most of the lyrics came out all at once. It happens to be the first song lyrically that I’ve done from the perspective of someone else which was a cool experience. It’s definitely opened my mind up to lots of ideas outside of my own personal experiences. We used a 12 string guitar and experimented with running synths through various fx pedals to create this tiki bar on a distant planet vibe. And now we’ve got some choices because our ‘Buddy Love’ story may continue.

I’d disappear
But now I’m part of the scene
Out of reality, oh
In the dark 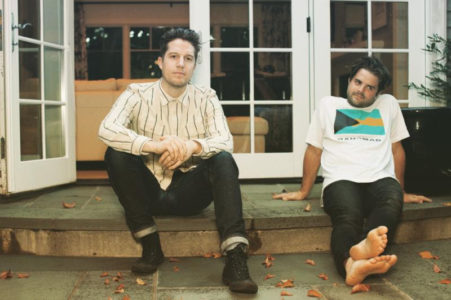 “Meet In A Garden” by Ravennas