Races announce US tour with Generationals

In regards to their evocative band name, Ryff explains: “I relate to the name in the sense that it seems like there is always something to be up against, and strong desire to overcome whatever it is.” Ryff had been quietly working on solo material, and in 2009, a friend asked him to open for a show he was booking.  And he was up against the daunting task of stepping out of the sidelines as a bass player and putting his own untrained vocals to the fore. More than any singer, Ryff found his inspiration as a lyricist in the works of early 20th-century authors. But his musical heroes that were well-chosen too: Leonard Cohen’s Death of a Ladies Man for its integration of Brill Building sophistication and as a template for RACES’ use of backup singers and keyboards; Television for Ryff and Herberg’s ingenious, yet subtle guitar interplay which permeates Year Of The Witch.

In a mad dash, Ryff and Herberg got in touch with some of their old friends and bandmates and assembled a “dream team,” five additional musicians from around the area he admired, including Hild on bass, Herberg on guitar, Wood on keyboards, and Lee on vocals and percussion. Ventura would play drums for the second RACES show and they’d lose a backup vocalist who went to focus on her solo project (Ryff empathizes), but otherwise, RACES has remained exactly the same since that very first gig. 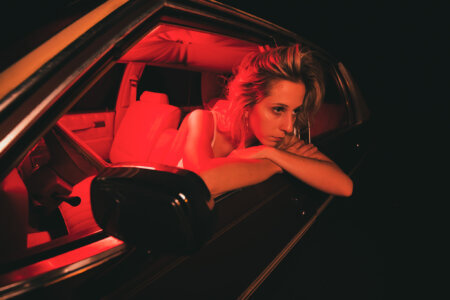