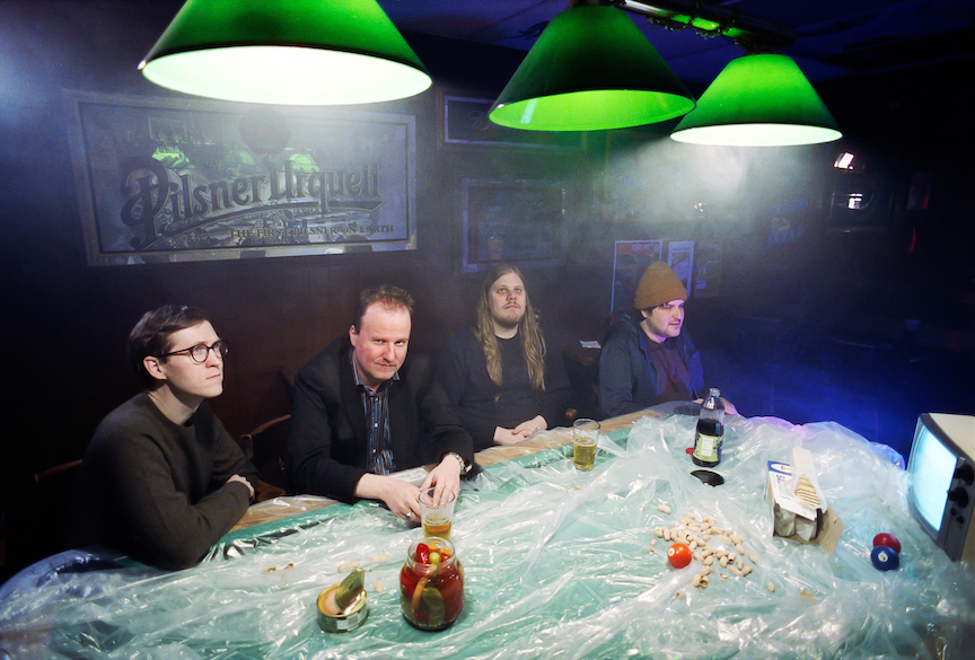 Protomartyr have revealed their new full-length Ultimate Success, will come out May 29th via Domino Records. With the album news, the band has shared a video for their first single “Processed By The Boys,” as well as a massive tour, stretching through North America and Europe.

“There is darkness in the poetry of Ultimate Success Today,” says punk legend, founding member of the Raincoats, and friend of the band Ana da Silva. “The theme of things ending, above all human existence, is present and reminiscent of Cormac McCarthy’s The Road. Our world has reached a point that makes us afraid: fires, floods, earthquakes, hunger, war, intolerance…There are cries of despair. Is there hope? Greed is the sickness that puts life in danger.”

“The re-release of our first album had me thinking about the passage of time and its ultimate conclusion,” says singer Joe Casey of Ultimate Success Today. “Listening to No Passion All Technique again, I could hear myself hoping for an introduction and a long future, but also being cognizant that it could be ‘one and done’ for us. So, when it came time to write Ultimate Success Today, I was reminded of that first urgency and how it was an inverse of my current grapple with how terribly ill I’ve been feeling lately. Was that sick feeling coloring how I felt about the state of the world or was it the other way around?”

“This panic was freeing in a way. It allowed me to see our fifth album as a possible valediction of some confusingly loud five-act play. In the same light I see it as an interesting mile marker of our first decade of being a band – a crest of the hill along a long highway. Although just to cover my bases, I made sure to get my last words in while I still had the breath to say them.”

“There are exquisite, subtle gifts from other instruments that always heighten the guitar, instead of fighting with it,” explains da Silva. “They help to create a harmonious wall of sound all of its own. This was intentional. Greg Ahee wanted to use different textures other than pedals, and the drone quality of some of those instruments colours the guitar and the whole sound with a warm, rich in reverb, yet all-consuming landscape for Joe Casey’s voice.”

The video for “Processed By The Boys,” directed by David Allen & Nathan Faustyn and produced by HLPTV & LooseMeat.Biz, is a play on a bizarre Brazilian TV clip the band became infatuated with. A man sings to a studio audience, while a member of the audience becomes enraged by a puppet, leading the whole situation to devolve into total chaos. “As soon as we heard the concept, we knew how to take the band’s ideas and coalesce them into this sort of timeless public access chaos,” says Faustyn. “Because of the nature of HLPTV & LooseMeat.Biz and who we are – professional and hobbyist technicians – we knew we could pull off a really strange, funny and sardonically dark compendium to this song that is equally such.”