Polvo returns with “Siberia” in October 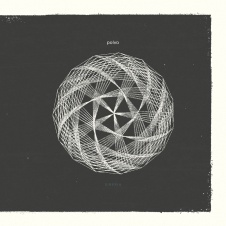 Polvo will release Siberia, their sixth full-length album, on CD, LP and digital on October 1 in the US and October 14 in Europe.

During their initial run from 1990–1998, Polvo crafted a sound so fantastically obstinate and so perfectly cockeyed that its DNA is essentially resistant to mediocrity or repetition. On Siberia, that sound feels more limber and more aerodynamic than ever. Its songs glide and bob like UFOs, both serene and unsettling. Some of that is owed to a looser approach. “Preparing for In Prism, we labored over that material pretty intensively,” explains founding guitarist Ash Bowie. “A lot of the songs on this album were not rehearsed much at all. I’d like to think this album has a few more adventurous moments.”

An obvious point of comparison would be to Today’s Active Lifestyles, released—perhaps not coincidentally—exactly 20 years ago. Where that album thrived on a nervous, coiled energy, Siberia feels more surefooted, more poised and controlled. It’s the work of a band that’s been here before, but the experience has only made them more at ease. Siberia is a record that’s humming with confidence, the sound of a band with nothing to prove, but proving it anyway.