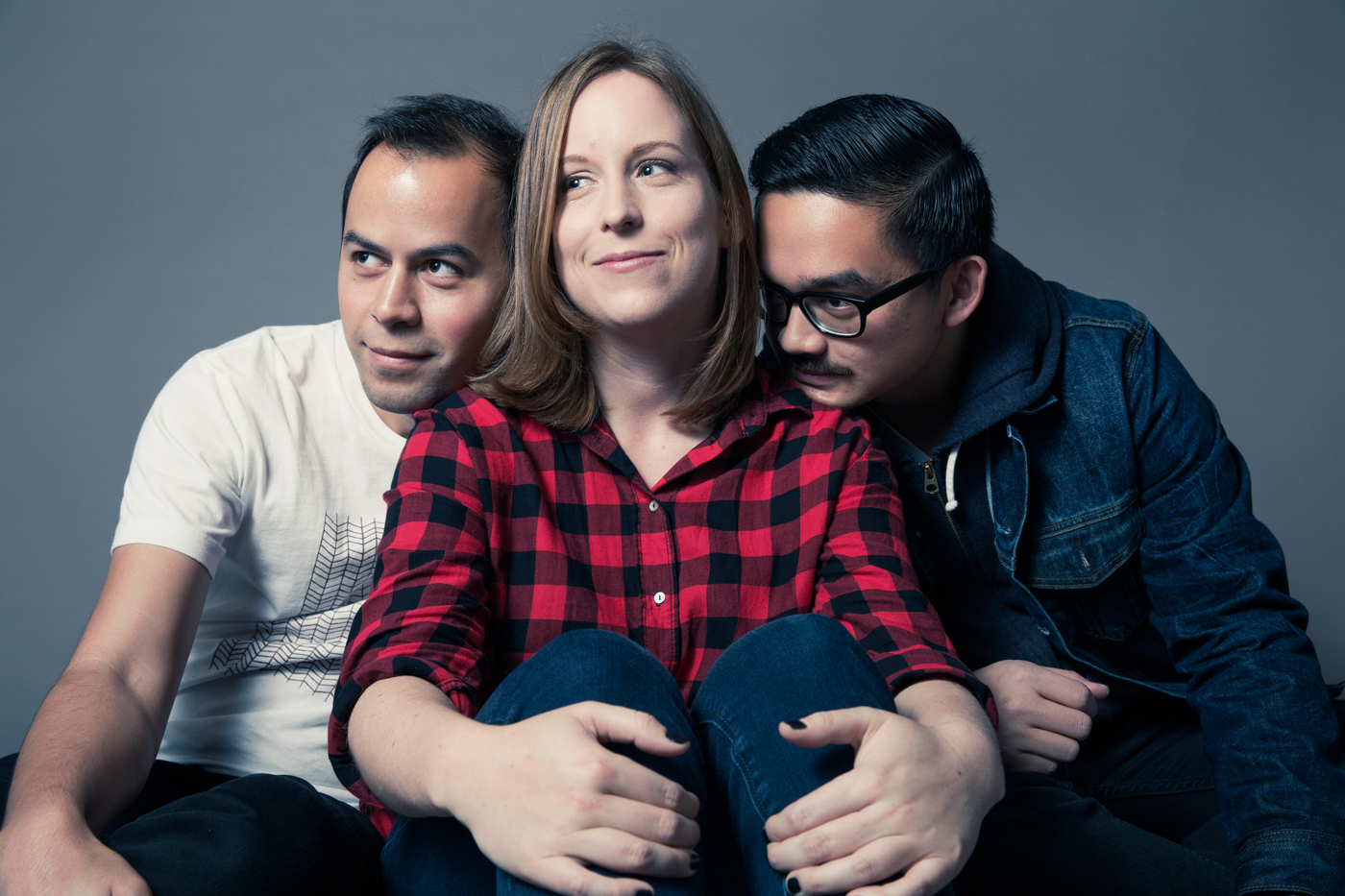 Today, Bay are band Phosphene have debuted their new track “Rogue”. The track comes off their 6-song EP Breaker, which is due out on CD and digital formats on April 29th.

“Rogue” is an experiment that sparked a new, dynamic songwriting structure in the band, as the first song in which Matt (drums) and Kevin (bass/guitar) sing lead vocals. This is because Matt drank too much red wine one night and wound up writing a melody for the first verse. Rachel (vocals/guitar) swung in with a completely different melody for her verse, which gave the track a whimsical vibe. Although the lyrics are somewhat abstract, “Rogue” ruminates on love and change.

“It was like we were breaking through something,” says Bay Area trio Phosphene’s Matt Hemmerich (drums) on their forthcoming EP Breaker. “We were writing direct, propulsive music that felt intensely cathartic.” The trio, comprised of Hemmerich, Rachel Frankel (vocals/guitar), and Kevin Kaw (bass/guitar), spent 2015 preparing their sophomore 6-song release Breaker, the follow-up EP to their S/T debut album that came out in 2014, (the band just played the magazine’s 10 year anniversary show), and resulting in winning free studio time from the Converse Rubber Tracks program, where the band recorded eventual EP track “Silver”

They returned to the same recording studio, Different Fur Studios, on Valentine’s Day 2015 to track a second song, “Be Mine,” which premiered on The Bay Bridged and will also appear on the EP, and eventually to track the rest of the release, partnering with Sean Paulson (Tobias Jesso Jr, DIIV) for recording and mixing.

Breaker was written during a time of severance. “Some of us were closing chapters in external relationships, which brought a clean slate mentality to the band,” says Hemmerich. Breaker is a diverse but unified pack of tunes. “For our second release, we sought a more cohesive, defined sound. The three of us got to write as a trio for the first time, so there was a natural evolution.” The melodies and instrumentation for Breaker were primarily inspired by Slowdive, Interpol, Low, and Alvvays, while the overall aim, as Hemmerich told Overblown, “is to create honest, emotive songs that we can share with others. We’re hoping to evoke something with our music”.