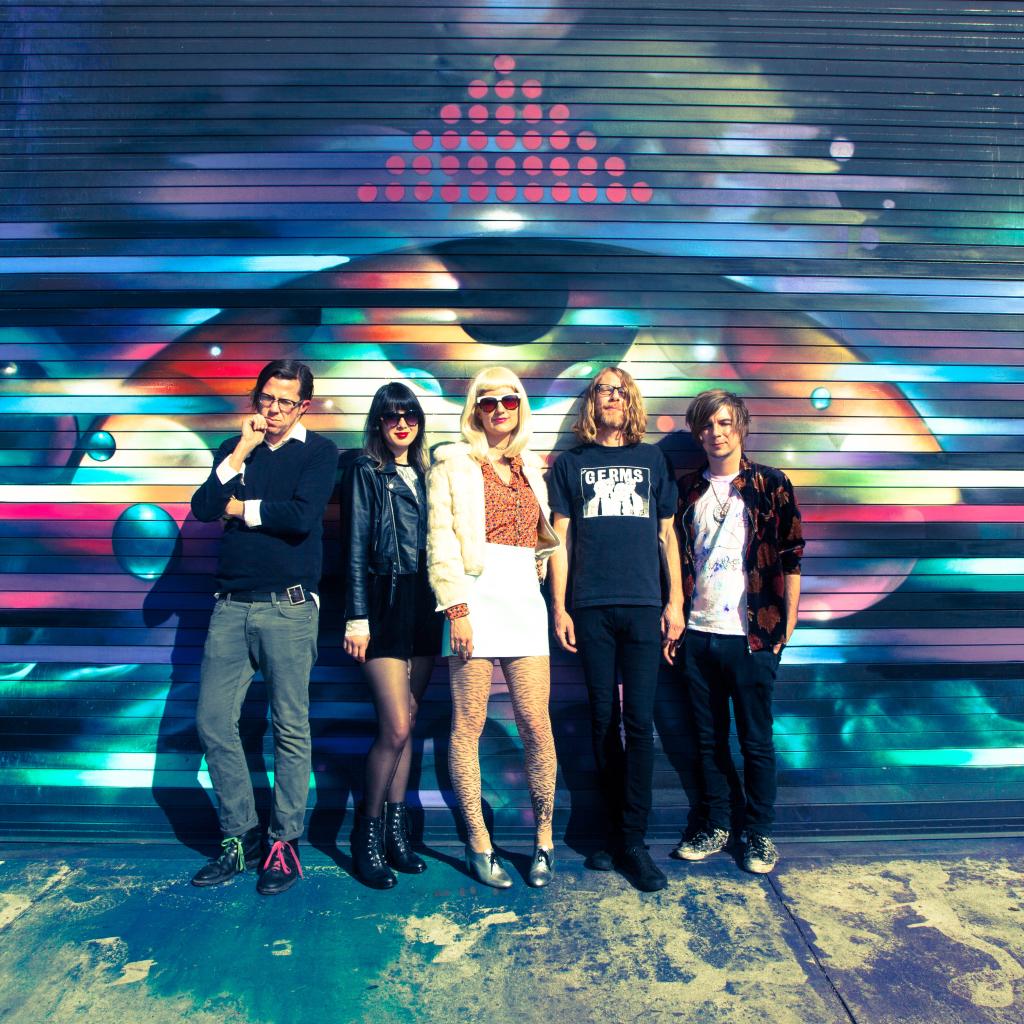 Panthar is a new wave band that melds a range of 80’s art punk and underground influences and brings a dirty LA edge to its blitzed out dark pop confection. The band’s frontwoman, Shelina Louise, who was raised by hippie ex-pat parents in Kyoto, Japan. Growing up on a steady diet of 90s J-pop idols, Shelina learned to sing into a hot pink karaoke microphone. Upon relocating to Canada as a teenager, her world was turned upside down when she discovered punk rock, grunge and most of all riot grrrl, immediately falling in love with the vocal power of Kathleen Hanna.  From that point onwards, she began corresponding with Kill Rock Stars, mail-ordering every new 7″ they would put out. Her quest for female-fronted punk brought her to UCLA as a graduate student in Musicology, researching proto-punk and art punk singers of the past, in both Japan and the west.

In Los Angeles, her collaboration with Allison Wolfe (Bratmboile) as her drummer and guitarist in the short-lived Cool Moms led to her branching out on her own, establishing post-punk band, Kat Kong, a nod to early 80s female punk acts in the vein of Delta 5 and the Au Pairs, packed with angular guitar riffs and bouncy bass.  At one of many Kat Kong shows, she met guitaritst, Douglas Hargrave, who had recently returned from an 8-year stint in Japan. Sharing a love of underground 80s jams, yakuza slang, and of course, an obsession with vintage cat objects, Douglas and Shelina became fast friends. Shelina’s long-standing love interest, drummer Jared Caldwell, relocated to Los Angeles from Austin. One night at Douglas’ apartment, an Echo Park mainstay of cat objects and ethical taxidermy known as the ‘Cat Pad,’ Jared convinced Shelina and Douglas to start a retro LA new wave band with a contemporary edge. Named after a particularly menacing taxidermic bob cat, PANTHAR was born, and the rest is history.

After playing a slew of underground shows in the summer of 2014, Panthar went into the studio with Mark Rains (BRMC, Summer Twins, Gothic Tropic), who helped them craft a unique 80s sound, recording on analog tape to capture the retro magic of classic LA bands like Missing Persons. “Ghost Rocket” opens with a dreamy feedback-induced coma, sending the listener on a trans-dimensional space journey into an “unknown space traffic crash hour.” “Space Lies” is a ferocious death rock number that friend and avid supporter, Ariel Pink, has likened to early 80s goth punks, Sex Gang Children.