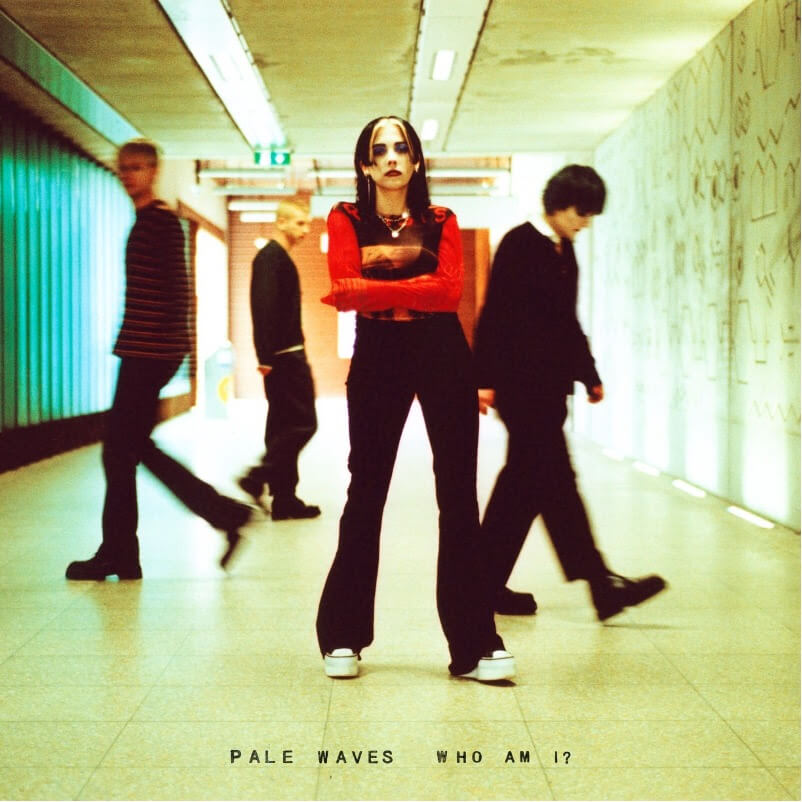 Pale Waves "She’s My Religion,”
Share on TwitterShare on PinterestShare on PocketShare on RedditShare on FacebookShare on Email

Pale Waves have released a deeply personal video for their latest single “She’s My Religion,” which features frontwoman Heather Baron-Gracie and her life partner Kelsi Luck in a series of candid, vulnerable vignettes showing that even the most mundane moments can be transformative when paired with the right person. The video was directed by filmmaker and photographer Jess Kohl. “She’s My Religion” follows lead single “Change,”

The raw and honest second track from their forthcoming full-length Who Am I?, which drops on February 12, 2021, via Dirty Hit, is described as a non-typical love letter that sees Heather embracing her sexuality to represent a real, queer relationship without hiding behind the clichés of oversexualization or playful experimentation.

“I wanted to give my fans a song to find themselves in,” Heather says of the intimate new video. “I wish I had a song like this when I was a young girl trying to find herself in the world.”

Who Am I? acts as the Pale Waves manifesto, inspiring inclusivity, self-discovery, and the notion of being whoever the hell you want to be. On the making of the album, Heather says “for me, music and art is for people not to feel so alone and isolated. I want to be that person my fans look up to and find comfort in.” The album was recorded primarily in Los Angeles alongside producer Rich Costey (Muse, Foo Fighters, Sigur Rós), before the Coronavirus lockdown forced the making of the album to go virtual, with Heather remaining in LA and the rest of the band returning home to record their parts in their bedrooms, sending them back to LA to be added into the record.

Pale Waves
Who Am I?
tracklisting
Dirty Hit