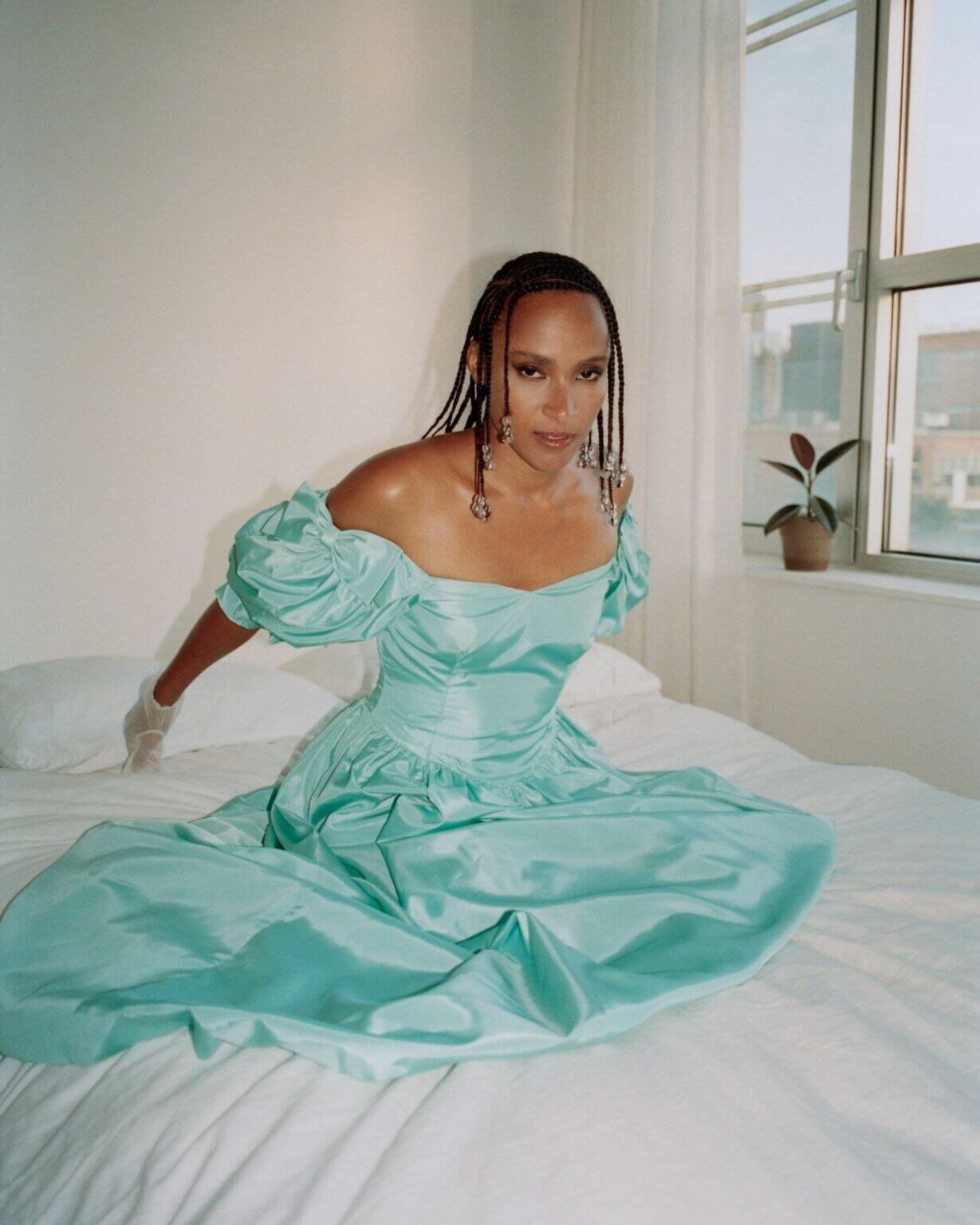 Montreal multi-artist Ouri, has shared “Ossature”, which marks the fourth single off her debut album Frame Of A Fauna, available October 22. The song samples “Intact Alef” by PTU (courtesy of трип records [Trip records]).
Ouri shares about the track, “I revisited the iconic, agile and tense sample of ‘Intact Alef’ by PTU from one of my favorite labels трип records for this song. Rebellious choruses fight submissive verses, puncturing the classical nuances with industrial abrasions and heavy drum samples – tearing down any attempt to keep a disciplined and soft self on top.”

The cycle of birth, death, and constant rebirth sends Ouri transcending through the creation of this album, as she explores what lies inside the lining of the big dharma wheel: trauma, control and vulnerability. The album begins in a bedroom in London, and hops to Berlin where she witnessed her sister give birth – and sees its completion a year later after a sudden trip to Brazil, where she said her last goodbye to her mother.

Ouri, grew up in France and moved to Montreal at the age of 16 with dreams of becoming a composer. As Ouri developed her compositional ability, as well as her production and vocal chops, she integrated herself with late-night DJ sets in Montreal’s underground rave scene and was eventually selected to take part in Red Bull Music Academy’s Montreal Bass Camp. From there, her profile began to grow as she headlined Boiler Room’s Montreal showcase, toured with Yves Tumor and Jacques Greene, released her first EPs Superficial and We Share Our Blood, and collaborated with fellow Montreal artist Helena Deland on Hildegard.

Pre-order Frame Of A Fauna HERE