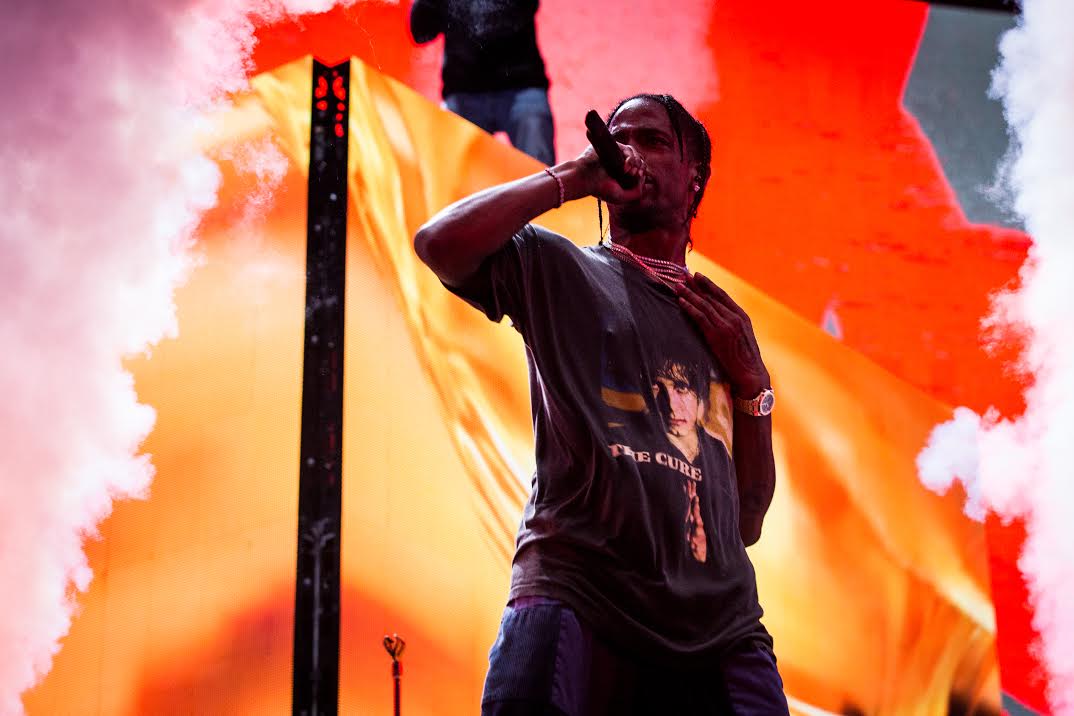 Osheaga 2018 proves there is still hope for music festivals

Osheaga 2018 saw some of the music’s biggest and brightest acts descend upon Montreal once again for three straight days’ worth of sellout crowds – more precisely, 45,000 per day. Northern Transmissions was there every step of the way, and bore witness to some great sets, searing heat and humidity, and good vibes all around – even if a couple incidents threatened to put a damper on the festivities. Here are our superlatives for some of the biggest highlights from Osheaga 2018  (and occasional lowlights) of the weekend.

Oh boy, where to begin. While Anderson .Paak’s been known to put on one hell of a set over the years, the California singer-rapper-drummer extraordinaire brought serious heat toward the end of an already-scorching day at Osheaga. Injecting a major jolt of funk and energy into the proceedings, he and backing band the Free Nationals played a set full of frequent crowd interaction, mosh pits(!) during cuts like “The Season / Carry Me”, and impeccable musicianship throughout from .Paak and his bandmates – including an extended solo from keyboardist Ron Avant where he talkboxed his way through Ginuwine’s “Pony” and Drake’s hit/meme du jour “In My Feelings”. Nighttime sets at Osheaga rarely get more fun than this one. The 23-year-old Aussie has been described as a “one person band”, and that tag is well-earned. Sultana’s laidback, summery tunes fit the vibe of afternoons at Osheaga like a glove – especially with the scorching hot temperatures that Sunday – and their ability to flip flop between reggae, psychedelic and rock sounds seldom felt out of place. The former Melbourne busker also showed off their skills using multiple instruments and vocal techniques, such as beatboxing, pan flute, and even guitar solos – all in addition to their already impressive vocal range. While Sultana hasn’t yet released a proper studio LP (their debut album Flow State is due on the 31st), those on-hand at the Scène de la Montagne witnessed a dynamic and original young talent.

Like Arctic Monkeys, Florence + the Machine impressed greatly in her first go-round as Osheaga headliner a few years back, and 2018 was no exception. Immediately following a solid, yet sadly under-attended, performance from Ohio indie vets the National, Florence Welch delivered a festival-closing set with boundless energy and a well-oiled machine (no pun intended) of a voice. Her set was one that was expansive, theatrical and evoking a sense of unity between her and the Osheaga faithful. Jumping between tunes spanning her decade-long career thus far, Florence’s set was just as notable – if not more so – for her tendency to flutter, pirouette and twirl her way through her set as she so often does. Running barefoot from one stage to the other with style and grace (and occasionally aggressiveness), Florence would also spend a big chunk of time singing from within the crowd itself and getting them to jump up and down during songs like “Dog Days are Over” – adding a communal feeling to what was already one of the weekend’s strongest sets. Aside from Florence, there were also the Yeah Yeah Yeahs, Sylvan Esso and Kali Uchis who kept crowds entranced with struts, dance moves, and plenty of finesse, charisma and swagger.

Way to make the best out of a bad situation. Not only did the Houston rapper, who released his album Astroworld the same day as his Osheaga headline performance, give a rowdy, fiery (both literally and figuratively) and psychedelic set, but La Flame also knew when and how to react as soon as things started getting out of hand. Upon noticing a fan getting injured during “Way Back”, Travis immediately stopped the song and called for a medic to treat the fan and make sure they were safe. It may have been an interruption to a set that had already been running late due to issues crossing the border (more on that shortly), but good on Travis for responding to the situation appropriately.

Those who arrived on time for Travis Scott’s headline set at 9:45 p.m. instead saw a message on the projector saying that there was a delay due to “unforeseen circumstances”, and fans would later see live updates saying that Travis had been held up at customs, then that he was past the Turcot Interchange, and later him finally being on the island ready to perform. The only problem? He wouldn’t come on until right after 11 p.m.; in other words, after the noise curfew. When told to cut his set short after a handful of songs, he’d then rush through hits “Biebs in the Trap”, “Pick Up the Phone”, “Antidote” and “Goosebumps” before leaving. Not only is getting past the border a common headache for American rappers trying to perform in Canada, but this situation means Osheaga themselves are surely subject to fines by the city for letting his set run until around 11:40 – and according to the Montreal Gazette, one fan has already filed a class-action lawsuit against organizer Evenko because of it. As with just about every edition of Osheaga, there was no shortage of gorgeously-done, and occasionally weird and wacky, backdrops seen over the weekend. Always one to make thought-provoking artistic statements both musically and otherwise, St. Vincent’s set displayed videos ranging from her being punched by an anonymous boxing glove to footage of nuclear bombs, all on top of her and her bandmates’ eccentric sci-fi get-ups. Similarly, ODESZA seem to have put great effort into their visuals during their live shows, including an intro full of space imagery recalling 2001: A Space Odyssey and Interstellar, as well as pink and purple Rorschach tests during “Say My Name” and what looked like early ‘60s TV show footage during a remix of Little Eva’s “The Locomotion”. Honourable mention goes to GoldLink’s nostalgia-inducing use of Dragon Ball Z clips during his set as well.

It wasn’t simply Anderson .Paak’s set that saw pits get opened up, but Travis Scott and GoldLink had slam dance circles of their own – each varying in intensity level, but mosh pits nonetheless. Perhaps hip hop and punk rock are closer within the musical family tree than you’d think.

If I had a dollar for every time I saw dudes like the ones in this photo sporting a colourful, loud Aloha shirt, my bank account would be looking pretty damn happy right now. Worst organizational misstep: The alternate route taken to leave the festival on the Saturday

There’s only one appropriate word to describe this: shitshow. After the crowd leaving Arctic Monkeys on Saturday headed for the exits, they were instead diverted to walking past the Scène de la Vallée, where they had to take a detour for well over an hour all the way onto a bridge on the island to get back to the metro. Some would even start climbing up onto it despite being packed like sardines once we got there. At least there won’t be this problem when Osheaga returns to its previous Parc Jean-Drapeau site, right? Right?

Debbie Harry and co showed yet again on Saturday that they’re more than capable of commanding crowds and putting on rousing shows decades after their glory days – a particularly impressive feat given how risky it can be booking older acts for Osheaga’s current, younger demographic (Nick Cave in 2014, anyone?). But perhaps a bigger talking point during the New York legends’ performance was Harry’s black cape, on the back of which read “STOP FUCKING THE PLANET”. While the band played a well-received set full of classic hits – songs like “Call Me” and “The Tide is High” got loud sing-alongs from the crowd and drummer Clem Burke even wore a CBGB shirt as a nod to the band’s roots – Harry’s cape statement is a cutting, and sobering, reminder of the world outside Osheaga’s three-day island of music and escapism.