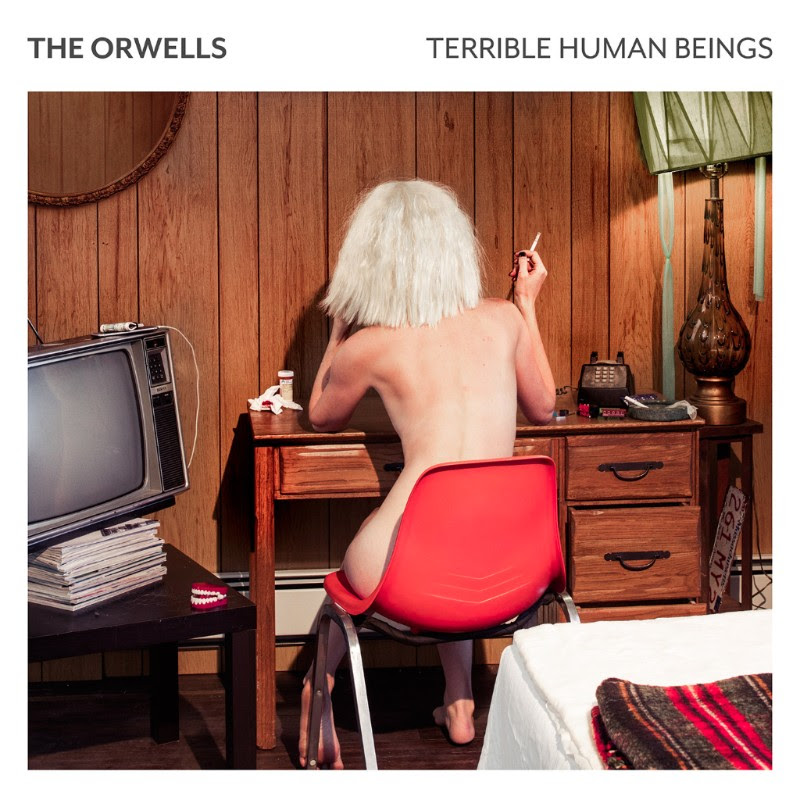 Chicago’s The Orwells have announced Terrible Human Beings. Their new full-length comes out February 17th, via Canvasback Music. Alongside the announcement, the band are also sharing a new song and video, “They Put a Body In The Bayou.” The video features the band acting as secret service to a degenerate politician who perhaps don’t have his best interests at heart. As for their new album on the whole, “mutilated pop songs” is how The Orwells describe it. For Terrible Human Beings, singer Mario Cuomo says, “we wanted to make songs that at their core are catchy and pretty, then slash them up.”

Recorded over the course of a month at Chicago’s Electrical Audio, Terrible Human Beings was produced by Jim Abbiss (Artic Monkeys, Adele), with whom The Orwells had worked on a couple of Disgraceland’s best tunes. Of the recording process, guitarist Matt O’Keefe says,“The Pixies were an obsession when we were writing this album. I think that’s where a lot of trying to make the songs and the guitar parts very simple was coming from, because the Pixies are kings of that. We’ve always been a simple band, but this time it was about trying to keep everything straightforward, nothing flashy.”

The Orwells begin their tour of intimate venues across the US next week. Throughout the tour The Orwells will be supporting the work of Off The Street Club, Chicago’s oldest boys and girls club. Located in West Garfield Park, more than 3,000 kids participate in afterschool programs, tutoring and mentorship opportunities. A portion of the proceeds from both tickets and merch from the whole tour will go towards Off The Street Club. For more information about how to get involved with Off The Street find them at www.offthestreetclub.com. The following is a statement from The Orwells about why this particular program is near and dear to their hearts.

When we were growing up we spent hours upon countless hours listening to, learning, and writing music together. We were spoiled to have access to instruments and a computer that came with a home recording program. Spoiled to have a community that let us fumble our way through the same three chords on a stage – whether that be in our high school’s gymnasium or our buddy’s living room. Without the benefits of growing up in the community we did we can confidently say that we would not be the band we are today. This is why we’re teaming up with Off The Street Club. An organization aimed to give people that live in one of the more dangerous neighborhoods in the country a fair opportunity to become what they strive to be. Whether it be a studio, a stage, a gym, a field, et cetera, this organization will help give the youth a program where they can show and grow their talents. Something everyone should be spoiled enough to get. – The Orwells.