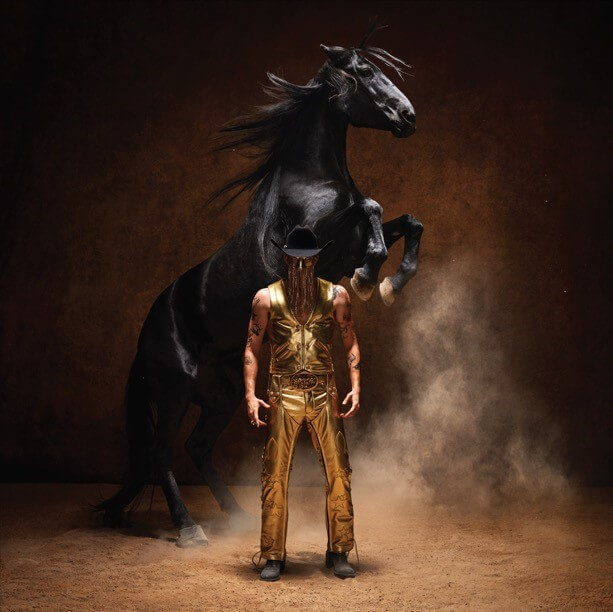 Orville Peck has shared Chapter Two of his LP Bronco, featuring “The Curse Of The Blackened Eye,” “Kalahari Down,” “Hexie Mountains” and more
Share on TwitterShare on PinterestShare on PocketShare on RedditShare on FacebookShare on Email

Orville Peck has released Chapter Two of his new album Bronco, which features “The Curse Of The Blackened Eye,” “Kalahari Down,” “Trample Out The Days” and “Hexie Mountains.” Says Peck, “The songs on Bronco’s second chapter explore some of the most vulnerable places I’ve ever gone to with my music. I sing about home, escape, longing, resentment…This chapter, lyrically, has some of my favourite songs on the album. Plus I’ve always been a sucker for a ballad.”

Along with the news, Orville Peck has shared the lead track and a video from Chapter Two “The Curse Of The Blackened Eye” The clip features Norman Reedus and was directed by Austin Peters, who is Orville’s collaborator on all visuals for Bronco. Previous videos for Bronco include “C’mon Baby, Cry” and “Daytona Sand.”

The new group of songs joins previously released Chapter One tracks “C’mon Baby, Cry,” “Daytona Sand,” “Outta Time” and “Any Turn” as Orville Peck’s first offerings from his new album Bronco. Being released in three installments, the fifteen track album will be released in full and available globally via Columbia Records on April 8th.

Orville will kick off a headline tour on April 14th with stops in over thirty cities, including Canadian dates, in addition to festival performances, including Stagecoach and Splendour in the Grass 2022.