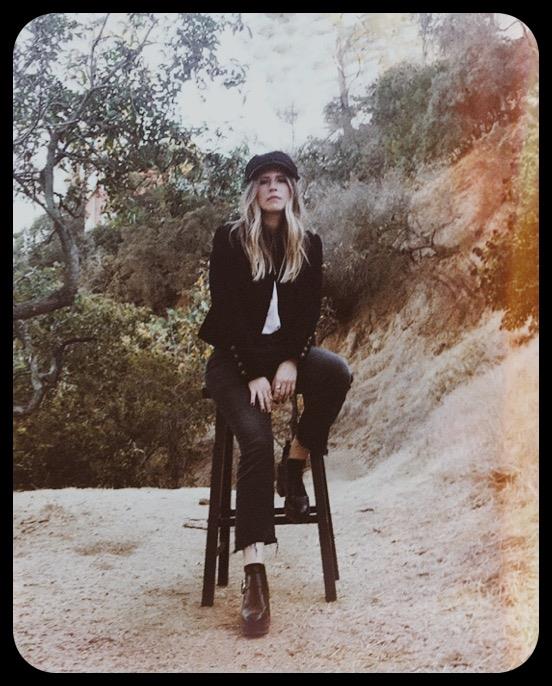 Joni, recently released her latest single produced by Noise Club and Pat Howard. The singer/songwriter has spent most of her career penning hit singles for pop icons, her new release reveals a more personal part of her artistry.

Joni told Uproxx: “When I was writing ‘Omens,’ I was thinking about that heavy, gut feeling you get when you believe something bad is about to happen. Your mind can make up strange things out of fear, but once in a while the things you sense turn out to be real. I think a lot of people ignore their intuition, but I probably listen too closely.”

Joni recently transplanted from NYC to LA, in search of the ever alluring Laurel Canyon Sound. She’ll be releasing the music that resulted from this major shift over the course of the summer.

More about Joni:
A native of nowhere, Joni never spent too much time in one place. The daughter of a submariner, her meandering childhood spanned three continents and brought her to places like southern Italy, Hawaii, and Japan. Through a blur of landscapes, music was permanent.

After dropping out of music school just shy of graduation, Joni began playing shows around New York City at venues like Webster Hall and Brooklyn Bowl. Purely by chance, she found herself moonlighting as a pitch songwriter.

In the summer of 2017, galvanized by a move from Brooklyn to Los Angeles, Joni began focusing once more on writing for herself. Tapping into the iconic Laurel Canyon music aura, she worked with a small group of musician friends to explore a new sound and spirit. Her first single, OMENS (produced by Noise Club and Pat Howard) is set for release this March. Its lyrics are hazy and mystical —like the unraveling of a half-remembered dream.