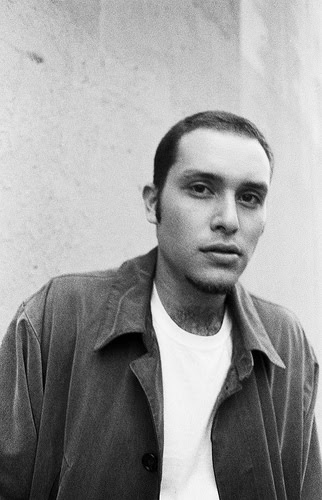 Nick Hakim just released the second single from his upcoming debut full-length album Green Twins. Of the songs on the album, he says “many of them are like self-portraits” and the album’s title track is one such song. Recently quoted, “I had a dream where we were walking down the road in JP (Jamaica Plain, MA) and two little green babies were running around the side walk. There was a crash behind us. As we walk away, we look back and the twins had been run over by a car. The babies were made out of some green jello texture. This dream happened three times. This song was the starting point for this project. It was written around the same month that a child was to be born (October 2013).”

The album Green Twins is out May 19 on ATO Records, and the follow up to Hakim’s Where Will We Go, Pt. I & II EPs. The new album is an experimental step forward with emotional heft gleaned from his experiences in the years since. He also notes, “I felt the need to push my creativity in a different way than I had on the EPs.” Hakim continues, “We wanted to imagine what it would have sounded like if RZA had produced a Portishead album. We experimented with engineering techniques from Phil Spector and Al Green’s Back Up Train, drum programming from RZA and Outkast, and were listening to a lot of The Impressions, John Lennon, Wu-Tang, Madlib, and Screaming Jay Hawkins.”

Hakim’s debut comes as the culmination of years chiseling his skills as a musician. Hailing from Washington, D.C., he grew up in a musical household—his older brother introduced him to bands like Bad Brains and Nirvana, and his parents exposed him to Nueva canción—while he set out on his own to discover the DC music scene. He didn’t take an interest in learning an instrument until high school, when he taught himself to play the keys. After graduation, he moved to Boston to continue his study of music. In the time since moving to Brooklyn and setting to work for three years on Green Twins, he embraced the live circuit, both as a solo musician and with his band, whom he’s brought together from within his community in Boston and New York.