On September 18th, Strut will release the second album in the FAC. DANCE series, bringing together sought after 12″ versions and rarities from Manchester’s revered Factory Records imprint. Featured on the compilation is a song by Ad Infinitum, a band composed of members of A Certain Ratio and New Order. The group only recorded one single, a cover of Joe Meek’s ‘Telstar’ recorded in 1984.

Determined to craft a pop hit of her own, Factory worker Lindsay Reade added original lyrics to The Tornadoes’ hit Sixties instrumental, then roped in a raft of Manchester luminaries including Andy Connell and Martin Moscrop from ACR, Eric Random, and a choirboy. Disaster struck when Joe Meek’s publishers refused to clear Reade’s lyrics.

“I knew it wouldn’t be a hit in that event,” sighs Reade. “We salvaged things but it didn’t correspond to my vision at all. Hooky (Peter Hook) came in and remixed the whole track; it felt like a drastic haircut and sounded a bit disco when he’d finished. He put my voice through a Vocoder so the words couldn’t be distinguished. The sleeve was a bit state-of-the-art for its time. Each one had a hologram of a spaceship stuck to it. I’d managed to get a job lot of these holograms cheap. I called the band Ad Infinitum, inspired by something Tony had typed on the envelope of one of his letters.” -Lins Numero Uno Ad Infinitum

FAC. DANCE 02 is released in conjunction with Factory Records Ltd. The CD and LP packages feature detailed track notes by Factory biographer James Nice, together with rare photos. The digital version of the album features five tracks not featured on the physical formats.

For More Information, Check Out: 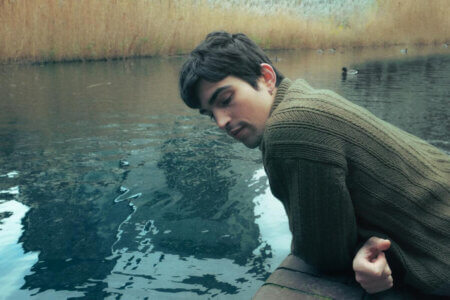