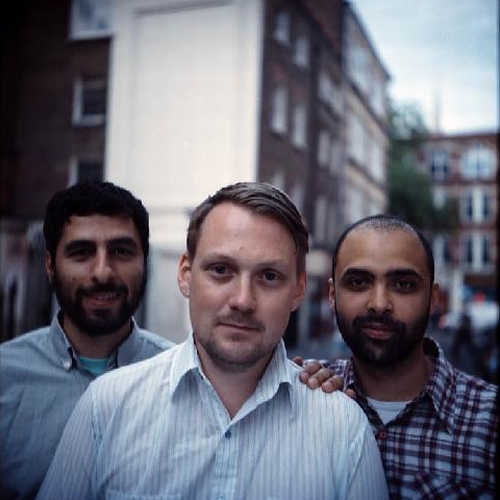 Junip’s videos are always delicious spine-tingling, dark creations that take on a life of their own. Their latest video for “Line of Fire” directed by Swedish filmmaker Mikel Cee Karlsson honors the tradition. Visually unnerving, it fits perfectly into the grooves of Junip’s music, itself also hypnotically unsettling, yet delicately beautiful.

The first installment in a two-part series leading up to the release of Junip’s sophomore self-titled release on April 23rd  “Line of Fire” is best explained by Karlsson himself, “The video(s) tell the story of a tormented old man, stuck in a relationship that perhaps was not his choice, or preference to begin with. We see fragments from childhood, the first awkward kiss, the father watching over him. Making sure he follows the right path. The old man, like all of us, a person programmed by the convictions and beliefs of others. In the case of the old man, the unconscious suddenly manifest itself when a young, jeans wearing character appears in their home, forcing him to question who he really is.”

You might recognize Karlsson’s name from his previous work directing the documentary The Extraordinary Ordinary Life of José González, which premiered in competition at the 2010 edition of Gothenburg International Film Festival. His work can be found at http://atat.se/wordpress/projects/.

“Line of Fire” isthe first single off Junip’s self-titled sophomore album. Featuring vocals by José González with Elias Araya on drums and Tobias Winterkorn on keys, “Line of Fire” showcases a bolder, more mature Junip.Returning to their rehearsal space in Gothenberg, Sweden (where they recorded their 2010 debut release, Fields) the trio once again engaged the assistance of producer Don Alsterberg.

It was an easy decision to self-title the second chapter in their collective story as José states, “All the ups and downs were very ‘Junip,’ so titling it with our name seemed appropriately iconic. It’s truly a band album.”

Within a few seconds of devouring “Line of Fire” you will take note of the ease with which Elias, José and Tobias blend their individual styles into one adept, fluid and pulsating movement.  Extensive touring following Fields allowed them to get a jumpstart on writing, “We’d press ‘record’ when we started jamming, and end up with a pretty complete song structure when we finished,” González explains. Listen and download here.