Murder By Death Dives Into Darkness

1 week ago
Words by Robert Duguay 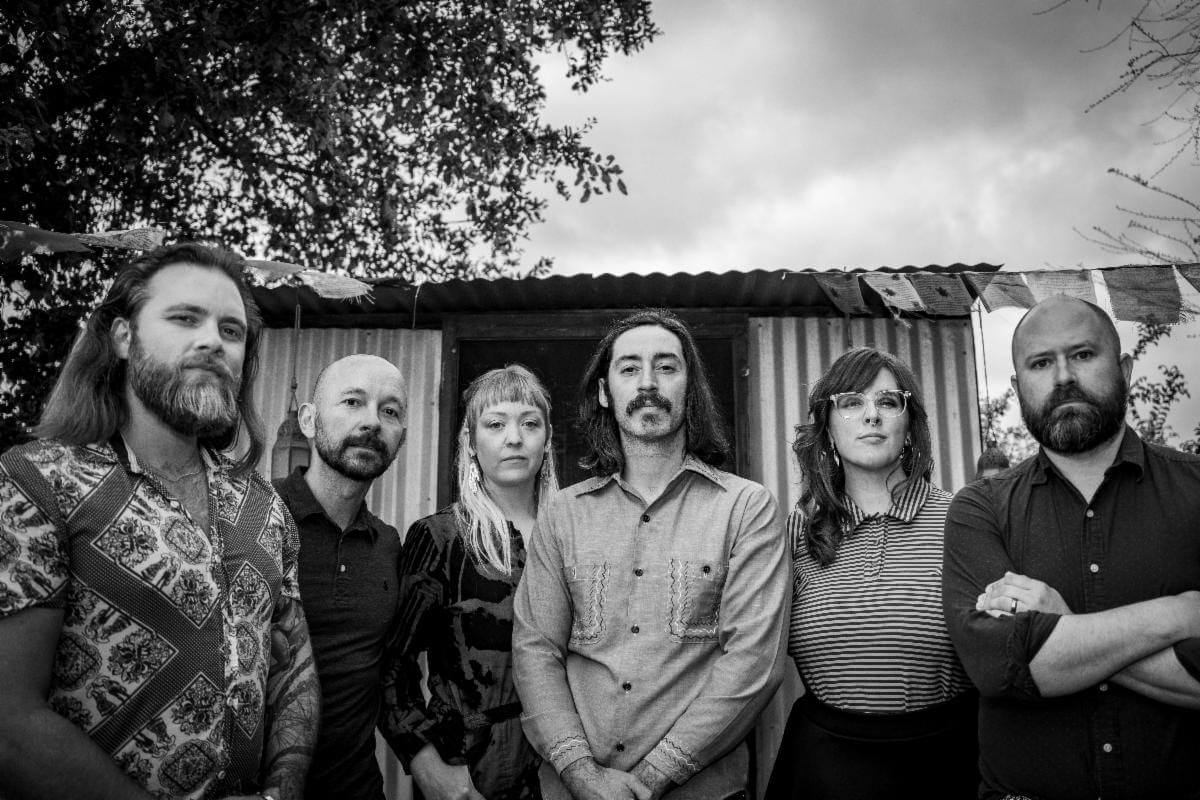 Regardless if the band has been around for a few months or a few years, consistency is key. Being consistent in the quality of your music can build a sustainable following while always adding a few new fans with each release. Bloomfield, Indiana gothic Americana indie rock act Murder By Death are a great example of this and they’ve been putting out stellar material for over 20 years. Their 10th full-length installment Spell/Bound that’s due out on July 29 is another fantastic record which maintains the dark tones and excellent storytelling that’s become the act’s trademark. Tracks such as “Never Be”, “Everything Must Rest”, “Riders” and “I’ll Go” highlight a cohesive and substantial album.

I had a talk with guitarist & vocalist Adam Turla ahead of the album’s official release about slightly incorporating different styles and mediums into the songwriting, having a very enjoyable recording experience in Los Angeles, picking from citrus trees and how he wants the listener to feel something when they give Spell/Bound a listen.

Northern Transmissions: You’ve mentioned how the band wanted to go in a chill but dark direction that’s almost reminiscent of trip hop during the making of Spell/Bound. How did you go about capturing that aesthetic while maintaining the band’s artistic foundation?

Adam Turla: Part of it just came from leaning into references that we had sort of worked with in the past. We had some anchor songs where we had sort of leaned in that direction before but we never fully explored it or made it more about the album having that as a unifying factor. What we ended up doing was exploring specifically the use of certain keyboards or subtly different vocals for certain songs just to make sure that it fit into that world while not diverging totally from what our sound is. It still had to fit in the wheelhouse of our broader picture, we were trying to be really conscious of how we explore without ruining what we’ve already built. That’s the fun challenge of writing as you have multiple albums, especially if you feel free enough to actually explore you can find a way that you feel comfortable with that links the past with the future.

NT: You’ve also mentioned that the soundtracks to the films Blade Runner, Labyrinth and ones done by the Italian director Dario Argento played a part in how you wanted things to sound. Did you watch those films when you weren’t writing songs for the album or have you just always been a fan?

AT: We didn’t watch any of them while we were working on it but they are so in our brains as reference points to be used whether we’re in the process of writing or literally constructing sounds. We were trying to sort of tap into that energy and we kept finding ourselves going back to trying to figure out what we would need for a certain part. We were using films as references to try to get what we wanted from each other. That would be a moment where I remember saying “This part, it sounds too spooky but I want it to sound more like a mystical moment in Labryinth or something where it’s a little off in kind of like a fun way.” We would use all these sorts of references that we all had as movie fans and say that this would be a fun keyboard sound to emulate.

It was really fun to go in and work on our tones with that sort of reference in mind because it made the process a little more enjoyable, honestly. You’re talking about movies that you love and you’re asking “What is it about that scene? Or what is it that’s so interesting about that soundtrack?”.

NT: It’s cool that you were able to merge that creative medium with your music. Is there anything about the experience of making the album that stands out from the other albums Murder By Death has done before?

AT: We all would agree that it was the most fun we’ve had making an album. I think it came from a few things, going into it we were working with Kevin Ratterman who worked with us on our last album The Other Shore. Fans really like that record and we really like that record so we knew we were going in with sort of a known quantity which made us all really comfortable from the start. Then the other thing that made it really fun was that we were excited to make music again after the pandemic. We spent the pandemic mostly doing damage control by rescheduling shows and just boring admin type work like mailorder, it wasn’t that satisfying. To create something was really fun and it just kind of gave everybody a swing in their step.

When we went in to do the record, Kevin lives over in L.A. so we went over there to make the record because it would be different and fun. We spent about the whole month of February out in the Pasadena area, we were on this property that was an acre of citrus trees and there was a back building which was the control room. We would track in the living room of the building which was this gorgeous mission-style house with vaulted ceilings. It sounded so good in there, it was so comfortable and we had such a great process. Every day we would work on one song. We got all the drums first, we then would work through everything else until the sun went down. By the end of the day, we just had to say “Ok, we did it” and it was such a positive process that way because we really felt a sense of completion every day as we finished a song. If we had to stay up late to get it to where we wanted it then it was cool and if we finished up early that was great too. I’ve never done that process in my years of making albums and I thought it was a really effective process for getting things done but also for
focusing on a song every day.

NT: Being in that setting must have been awesome as well.

AT: Yeah, February in L.A. was pretty idyllic. Nobody was complaining (laughs).

NT: I can totally understand why. Speaking of those citrus trees, were you allowed to pick lemons, oranges and limes from them?

AT: Actually, it was funny. I was telling a friend of mine about this recently, basically every day we’d go pick a piece of fruit and we’d put that in our own glass of water for the day. I’d go walking around drinking some water with some lemon in it in the studio and it was very pleasant.People would do their exercises out there, Sarah [Balliet] does ceramics and so she was out in the garden every day just doing hand-built ceramics projects. It was really fun, we really found a way to thrive and engage with that space that I think we really got a lot of value out of just from the setting and a lot of enjoyment.

NT: Sounds like it. When it comes to the album’s title, is there any significance for the slash between “spell” and “bound”? Is one side “spell” and the other side “bound”? How does it play a part?

AT: I just wanted people to think about both words because sometimes when you’ve seen a word so much you just get used to seeing it and you don’t really think about the meaning. I thought by putting the little dash there, it had a sort of emphasis that makes you think about there being a spell and there’s some sort of incantation which is kind of a theme in the record. There’s also the idea that you’re trapped by the spell and that’s kind of the thesis of the album, a lot of the songs are about people wrapped in belief and so it’s very appropriate for the content.

NT: When the listener buys or streams a copy of Spell/Bound when it comes out, what do you want them to connect with or absorb while listening?

AT: The hope that you always have when you make an album is that people will find some sort of meaning that you’ve unintentionally put on it. In this case, there’s a lot of different messages in the songs but the idea of the album is to try to apply understanding. I want listeners to listen to these songs and think about why they do the things they do and what is the motivation behind their actions. It’s a very sort of ethical backdrop for an album but I think it’s done in a way that’s creative as sort of an adventure, there’s a lot of cinematic moments and I just want people to feel something.