Hua Li has shared her new video for “Mr. Greenlight,” the clip was directed by Paz Ramirez and is the latest release from her recently announced debut record, Dynasty, out September 20th via Next Door Records. This will be her first release since signing with the label.

“Working with director Paz Ramirez was a dream come true. Her vision, resourcefulness and drive was inspiring the whole way through. I have also admired Winnie Ho for years and watching her embody the mood of my song and lyrics with her beautiful creativity as a dancer and performance artist showed me new sides to my own music. Throughout the video I appear as an all-seeing figure somehow distinct from the violence and toxicity in the home – much like a child watching their parents negotiate the messier sides of relationships, I am a silent comfort to the Winnie’s character, witnessing her trials and expressing solidarity where I can.” – Hua Li

Dynasty tells of Hua Li’s journey as second-generation Chinese-Canadian woman and deals with topics like deceitful love, family power dynamics and the profound imbalance that emotional adversity can deliver. Written over several years, this album collects the most authentic and personal songs from Hua Li to date, from declaration of feminist power and grace, “Mastery” and melancholic and hazy party anthem, “Social Meds” to devastating takedown of power abused, “Tell Her” and twisted love story, “Outwitted.” A co-production with Alexander Thibualt (a.k.a. Gloze), Dynasty is a combination of Montreal’s tradition of lush, lo-fi future beat with a twist of jazz sensibility and rap braggadocio. Completed with support from the Conseil des arts et des lettres du Québec and Montréal arts, interculturels. 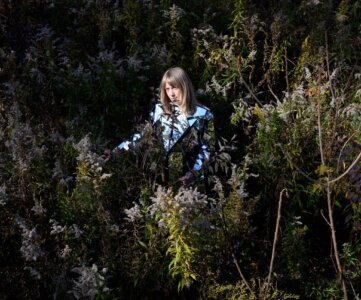