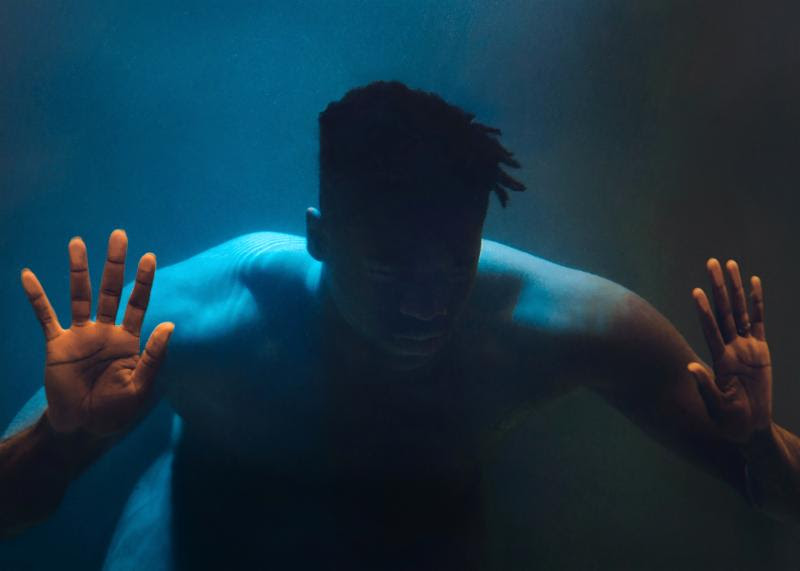 Today, Moses Sumney has announced his signing to Jagjaguwar, as well as, upcoming North American and European dates. To coincide with those announcements he is releasing his first new material since 2016 with a track off his forthcoming release. Doomed, the video directed by Allie Avital (with whom he collaborated on the video for 2016’s “Worth It”).

Since emerging onto the scene in 2014, Moses Sumney has ridden a wave of word-of-mouth praise, hushed recordings, and dynamic live performances. It’s an organic, patient ascent all too rare in today’s fast-paced musical climate. In a voice both mellifluous and haunting, Sumney makes future music that transmogrifies classic tropes, like moon-colony choir reinterpretations of old jazz gems. His vocals narrate a personal journey through universal loneliness atop otherworldly compositional backdrops.

Following the self-release of his debut cassette EP, Mid-City Island, and 2015’s 7″, Seeds/Pleas, Sumney has performed around the world alongside forebears like David Byrne, Karen O, Sufjan Stevens, Solange, James Blake and more. With his 2016 Lamentations EP, The California and Ghana-raised troubadour widened the spectrum of his heretofore “bedroom” music, incorporating songs that feature more elaborate production and songwriting. Now, in-between 3 years of stops at distinguished festivals across the globe and artistic collaborations, Sumney has readied his proper full-length debut album, an intimate concept record about lovelessness as a sonic dreamscape.