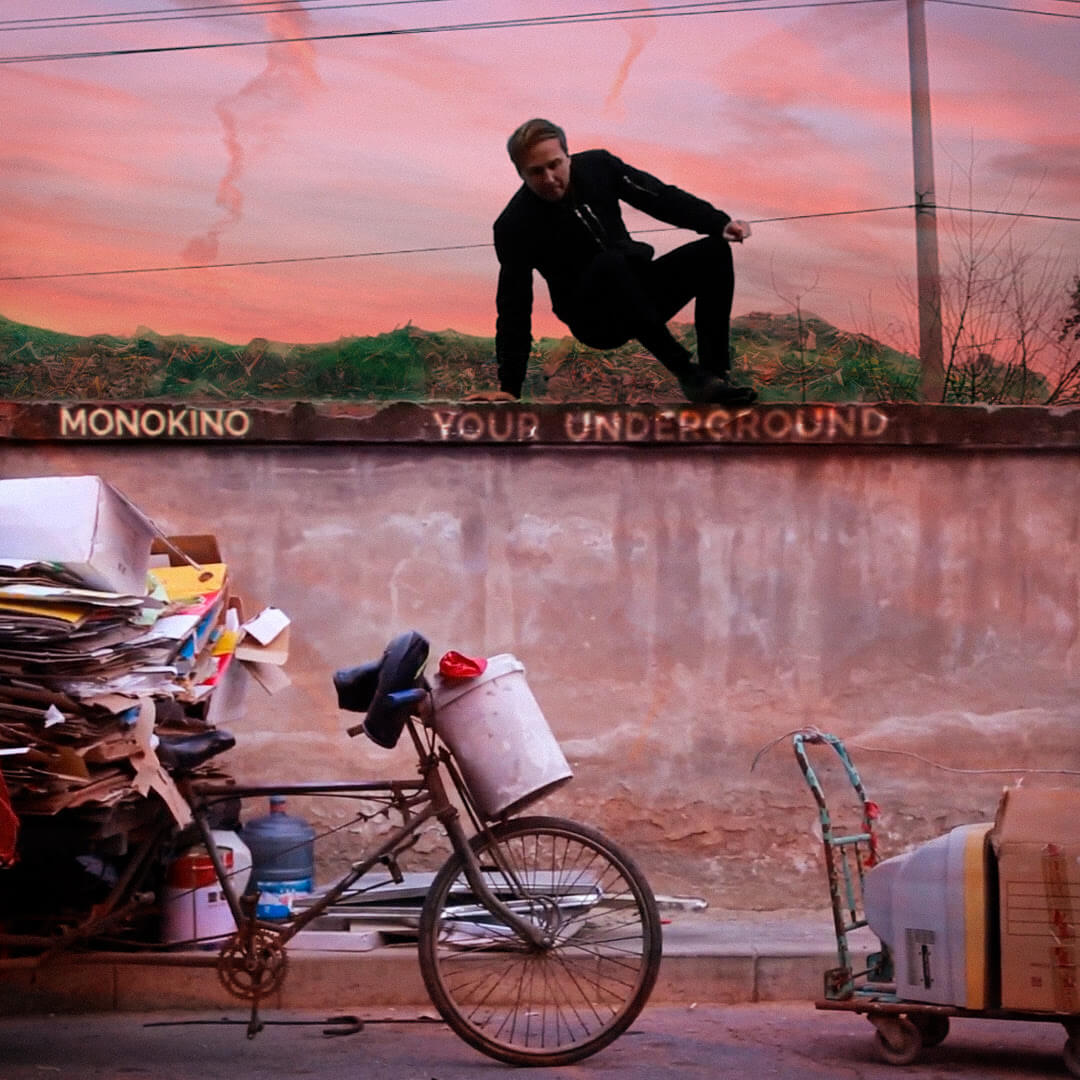 Monokino AKA: George van Wetering, is a producer and founder the indie band Monokino, once part of the growing roster of foreign acts released by Chinese record company Modern Sky. Monokino was once hailed as “the industrial goth band before the EDM cult of personality took over”. Following the releases of the albums “Human Error” and “Fake Virtue”, Monokino completed five consecutive tours of China and North America, visiting festivals from China’s Strawberry Festival to the US’s South by Southwest. Monokino collaborated with Tony Visconti and the artist Kristeen Young on the track “New Kid” and with Dutch artist/producer Jacco Gardner. Monokino’s records have been released by Dutch label Konkurrent, Zip Records (USA) and Modern Sky (China). At the end of 2020 Monokino released a new single called ‘No Return’, the song was positively reviewed by the press: “Monokino is releasing an incredibly original crossgenre track titled ‘No Return.’ He has concocted a savvy blend of electronica, pop, rock, and baroque-inspired sonorities that act as the perfect sonic structure for him to layer his vocals, in Mandarin!”

“”Your Underground” goes a bit further in the sense that now an entire (music) scene is trying to proclaim what is right or wrong. Although the industry is seen by some as more democratic (‘everyone can be an artist, just upload a song, create your own scene’), that scene is valued by a system that is very similar to how everything used to be: new music is promoted and liked through the lens of a Spotify playlist and its streams measure its importance.”