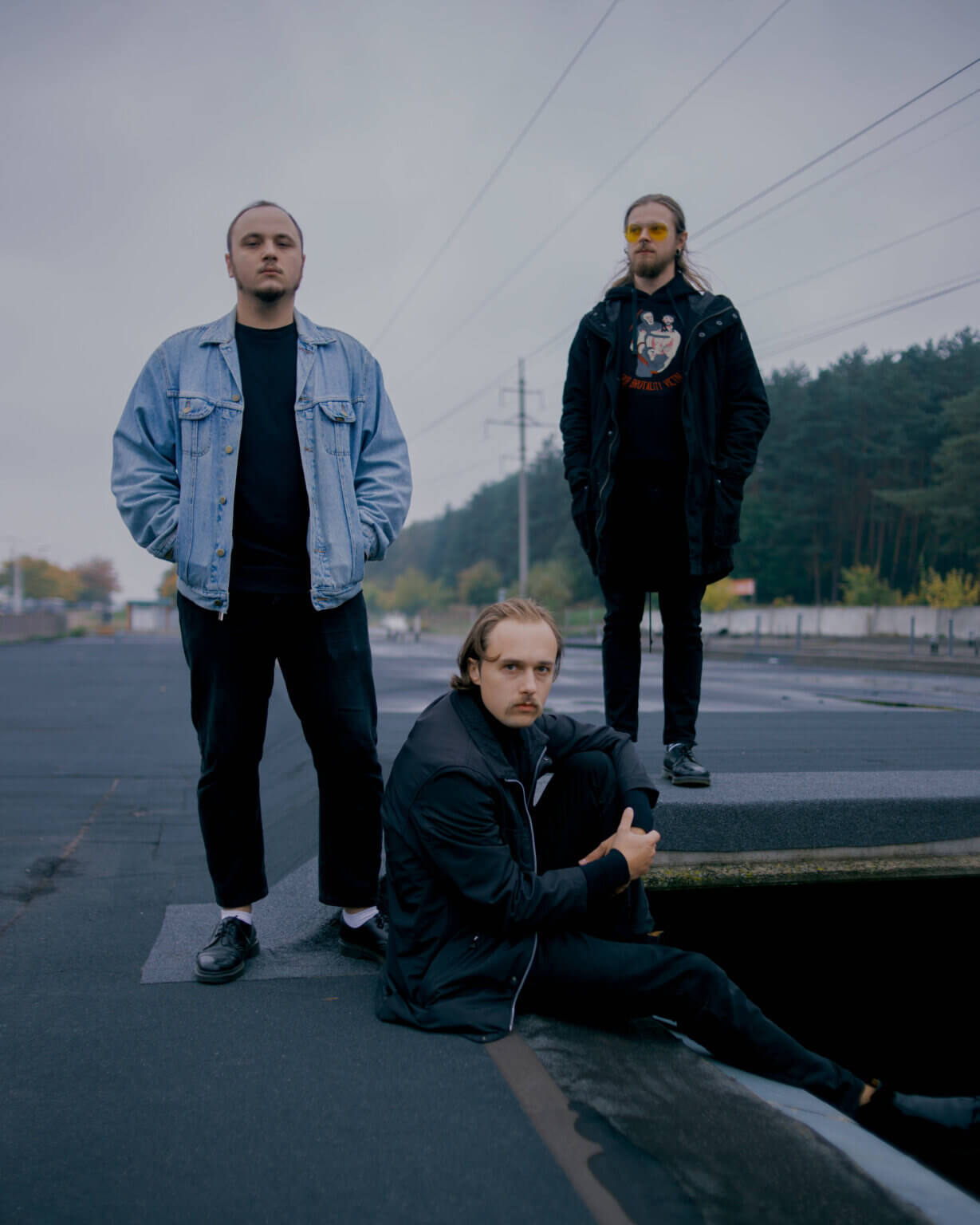 Molchat Doma, have shared their new single “Otveta Net,” the track is partnered with an accompanying lyric video directed by Artsiom Konoiko. The track is off Monument, the third album due out on November 13, via Sacred Bones Records. Molchat Doma (translated as “Houses Are Silent”), founded in 2017 in Minsk, stand at the intersection of post-punk, new-wave and synth-pop. Dark, yet danceable. The band is comprised of Egor Shkutko, who sings the Russian lyrics in his deep tones, Roman Komogortsev on guitar, synths, and drum machine, and Pavel Kozlov on bass and synths.

Monument was written and recorded while the band was quarantined in their hometown of Minsk during the COVID-19 pandemic, Monument is a conscious step up in songwriting and fidelity, and it reveals a band preternaturally comfortable in its own skin. Whether playing to the dancefloor, as they do on the synthpop anthem “Discoteque,” or working more introspectively on brooding pre-pandemic live favorites “Otveta Net” and “Ne Smeshno,” Molchat Doma are in complete control.

As the band’s arrangements have grown more sophisticated, so too have the sounds they use to bring them to life. Roman Komogortsev and Pavel Kozlov’s gear arsenal has grown to include an extensive range of synthesizers and drum machines, all of which they deploy with precision. Egor Shkutko’s vocals move fluidly between his distinctive deadpan drawl and an expressive, velvety lull, his beautifully delivered Russian lyrics both bleak and romantic.