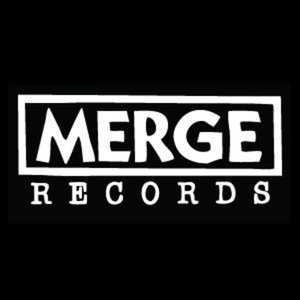 Merge Records will celebrate its 25th anniversary (!!!) in 2014, and we are planning a year-long celebration beginning with Or Thousands of Prizes, a snapshot of Merge at 25 that will unfold over the course of the year.

A subscription-based, bonus-filled box set celebrating Merge’s twenty-fifth anniversary, Or Thousands of Prizes will include twelve 7-inches (split singles, mostly) on colored vinyl featuring exclusive, newly recorded tracks from 25 Merge artists including Superchunk, Mikal Cronin, Mount Moriah, The Mountain Goats, The Clientele, Destroyer, King Khan & the Shrines, Lambchop, and more. The Merge staff are also assembling an assortment of bonus items and gear for subscribers, including a collector’s box to show off and organize the 7-inch collection, an exclusive t-shirt commemorating 25 years of Merge Records, a “surprise” bonus 12-inch, a CD and digital download of all Or Thousands of Prizes tracks, and an updated and newly issued e-book version of our visual discography, The Merge Records Companion.

In addition, all subscribers will have first access to tickets for special Merge anniversary events and be entered to win giveaways throughout 2014.

The limited-edition Or Thousands of Prizes box set can only be purchased as a subscription via the Merge online store, with two 7-inches shipping bi-monthly beginning in February 2014. The singles will not be available individually or sold in stores. All proceeds from Or Thousands of Prizes will go to Oxfam America, an organization working to create lasting solutions to poverty, hunger, and injustice.

Superchunk is helping us kick off the celebration by sharing this year’s Halloween cover of Misfits’ “Children in Heat.” Stream & share the song below. (Pre-orders of OTOP by November 30 will receive an immediate download of the track) Of this year’s cover, Mac said, “In what has become a sometimes-annual event, we’ve recorded a classic Misfits tune for you on Halloween, this time “Children In Heat”. We really did try to branch out this year but our version of Alien Sex Fiend’s “Now I’m Feeling Zombified” just wasn’t coming together. recorded at Overdub Lane by John Plymale! Boo.”