Mekons Documentary to Premiere 11/15 In NYC 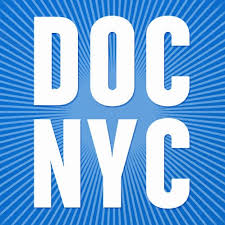 The Revenge of the Mekons will be making it’s WORLD PREMIER at this year’s DOC NYC, New York’s Premiere Documentary Film Festival. Emerging from the first blast of 1977 U.K. punk rock, the Mekons were notorious, as critic Greil Marcus notes, for being “the band that took punk ideology most seriously.” Charting the group’s progression from socialist art students with no musical skills through its reinvention as rabble-rousing progeny of Hank Williams, the film reveals how, four decades into a still-evolving career, the Mekons continue to make original, genre-defying music while staying true to the punk ethos.

Revenge of the Mekons is Director/Producer Joe Angio’s follow up to his award-winning documentary film How to Eat Your Watermelon in White Company (and Enjoy It) (2005), which chronicles the illustrious career of film maker/director Melvin Van Peebles.  How to Eat Your Watermelon…  screened at numerous international film festivals, including Tribeca, Los Angeles, Chicago, Melbourne and the Biografilm (Bologna) Festival, where it received both the Jury and Audience awards for best film. The film made its theatrical debut at Film Forum, NYC, and its television premiere on IFC. The DVD is distributed by Image Entertainment.

We would love for you to join us for PRESS ONLY preview screening.

323 Avenue of the Americas

DOC NYC – now the largest documentary festival in the US ­– returns for its fourth year to the IFC Center in Greenwich Village and Chelsea’s SVA Theatre with an expansive lineup of films, panels and guests. From November 14­21, over 125 documentary makers and special guests are expected in person to present their New York premieres and, in many cases, US or world premieres.

“New Yorkers love memorable characters and this festival is overflowing with them,” said DOC NYC’s artistic director Thom Powers (who also programs for the Toronto International Film Festival and curates Doc Club on SundanceNOW). “The films range from profound and mysterious to humorous and sexually provocative. Not only can you experience unforgettable stories on the big screen, you can also meet many of the makers, participants and other

documentary lovers.”
DOC NYC will showcase 132 films and events, including screenings of 73 feature­ length films and 39 shorts as well as 20 doc ­related panel discussions and masterclasses. All events will take place at IFC Center (323 Sixth Ave.) and the SVA Theatre (333 W. 23rd St.).