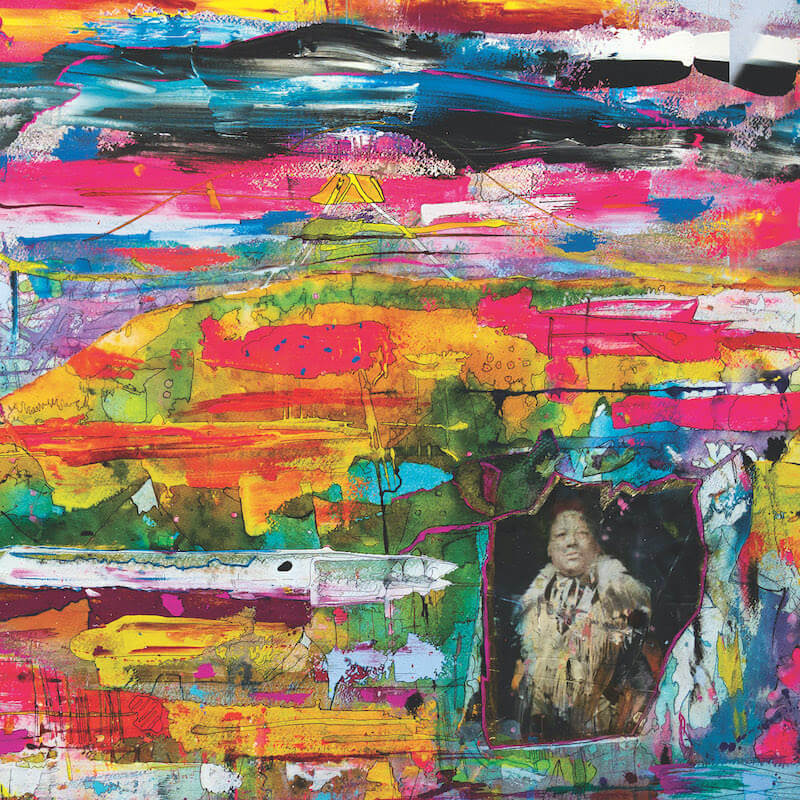 Today, sees the release of Medicine Singers’ self-titled debut album via Stone Tapes/Joyful Noise, as well, the video for album “Hawk Song.” Medicine Singers’ music is described as “genre-smashing kaleidoscope of sound firmly rooted in the intense physical power of the powwow drum”. “Hawk Song,” written by band member Ray Two Hawks Watson, is a modern powwow favorite which infuses the Eastern Algonquin tradition with a rock edge. “The guitar turned it into a rock song,” says bandleader Daryl Black Eagle Jamieson. “The two styles mesh together so well, it’s like a fireball taking off, and you can see it in the audience when we play it live.” With hand-held footage of the band performing “Hawk Song,” the accompanying music video – directed by Roy and Gigi Ben Artzi.

The creation of Stone Tapes was inspired in part by Jamieson’s work as an artist and activist, and to make a space for traditional musicians to collaborate with other experimental artists. One dollar from each Stone Tapes album sale will go toward a charity of the artist’s choice. For Medicine Singers, the funds will go to Jamieson’s organization Pocasset Pocanoket Land Trust. “We’re buying back all the land from the original Pocasset purchase – that the colonists took from us. What we are trying to do is preserve the pristine land…Keep it from being built on…Bring it back to our people to have a place to go. Because here in the Northeast most of the land has been taken and built upon, and it’s so expensive that Indian people cannot even afford it,” said Jamieson.

“I look at it like this, everybody is my brother and sister, no matter where they come from,” Jamieson reflects. “If their culture or music is different, I want to learn about it, and I want to play with them. I think it’s our responsibility as artists to show the world that life is not about war and hate. Life is about music, peace, and culture. We need to communicate with people of different cultures and backgrounds. We need to show people how we can work together and make something beautiful.” 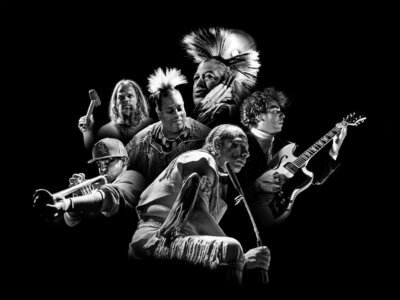