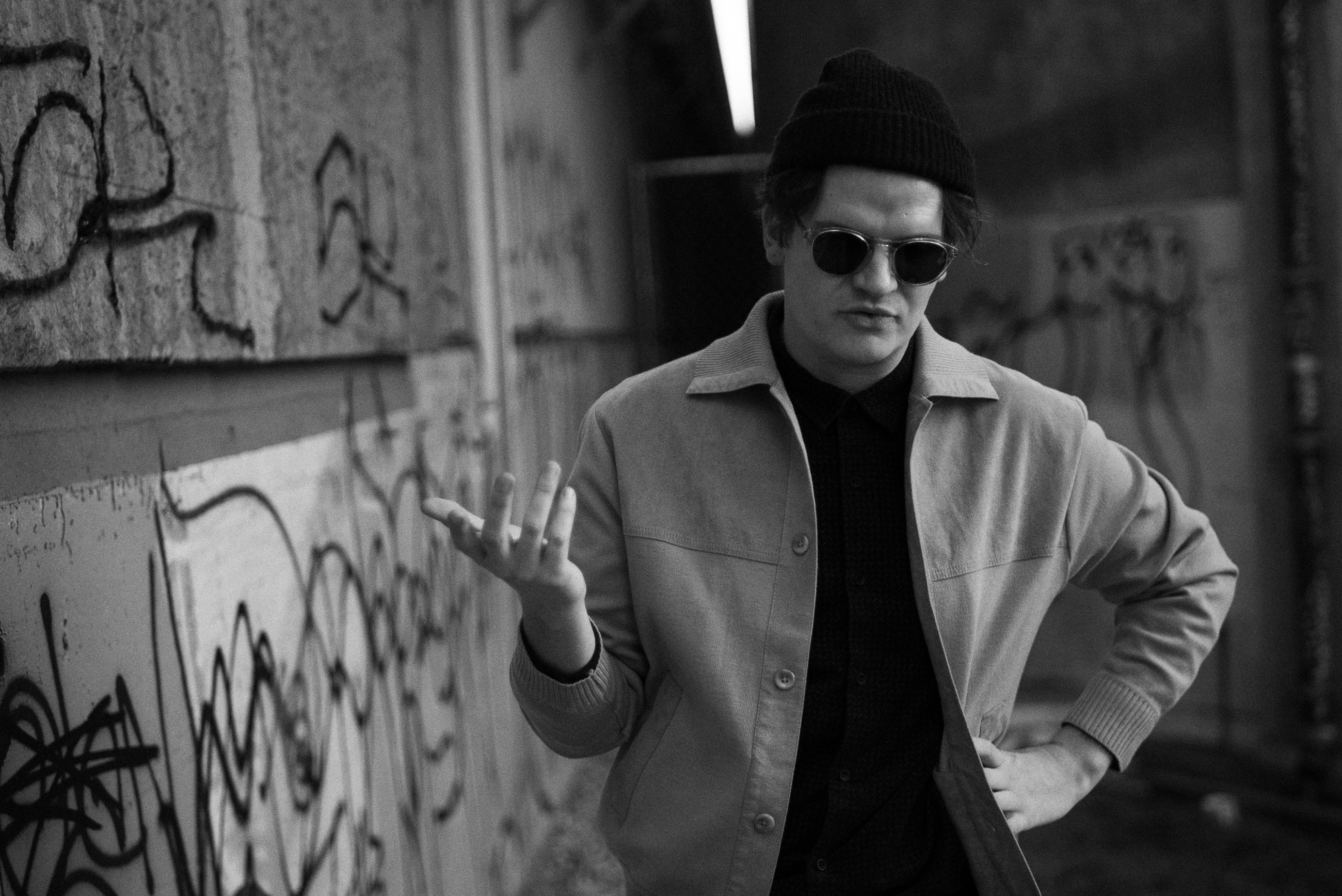 Mating Ritual’s Ryan Marshall Lawhon is a journeyman who can’t sit still. Relocating along the west coast twice a year until he was 18, the producer-songwriter has become accustomed to change; the very opposite of a “creature of habit.” His restless need to be on the move is a driving force in the creation of his music. Forever pushing the boundaries of songwriting and production, he continues to release complex yet catchy songs that question the traditional ideals of genre classification. After the hiatus of his prior band Pacific Air, Ryan cranked up his songwriting prolificacy and found immense freedom in the world of independent recording. Uninhibited by appeasing an ideal or genre, Ryan began recording what he calls Post-Genre-Pop under the alias Mating Ritual.

Ryan on his first full-length:

How You Gonna Stop It?, Mating Ritual’s first full length release, was recorded over a two year period in apartments, garages and lofts all over Los Angeles county, as well as several traditional studios and one 5 day cruise to Puerto Vallarta. “A great studio allows you to record your vision with utmost clarity and definition,” Ryan says “but for this record I wanted to play with the juxtaposition of properly recorded parts against recordings of varying fidelity and grit to make the whole thing a more unexpected textural experience. Tracking in weird acoustic environments like marble hallways or the state room of a budget cruise liner provide rigid textures that might be viewed as mistakes in a traditional studio tracking room.” The album pulls from sounds that bridge decades of music, from New Order’s bass heavy structures and Enya’s atmospheric synth pads, to the rhythmic guitar melodies of The Strokes and Grimes ‘kitchen sink’. ‘American Muscle’ reflects on the bubbles we make for ourselves, socially and politically. This entire election process shook my perspective on what our country truly values, and how at odds with it I am. Posting on our socials and blogs had little impact on the outcome, and we must now take action in more tangible ways to really have an affect, and we can’t assume that anyone else will do it for us. If we want something to get done, we’ve got to do it for ourselves.”

Whereas his self titled EP focused on a singular character and story, How You Gonna Stop It? abandons the fictitious narrative of the modern mating ritual and takes in the shitstorm that was 2016 with a wide angle lens. “Much of this record I’m grappling with the significance of the small worlds we create for ourselves in the grand scheme of the universe. When does self love become narcissism? Am I doing enough? Am I doing too much? Does it matter?”