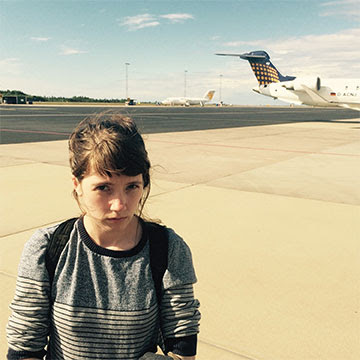 Uk band Martha, recently released released Blisters In The Pit Of My Heart, in North America via Dirtnap Records (the UK release of the album via Fortuna Pop! on July 8th). Today, they share a new video for “Ice Cream and Sunscreen”. Produced again by MJ from Hookworms, Blisters In The Pit Of My Heart explores the difficulties in staying political, staying passionate and staying punk.

If the band’s first album, Courting Strong, was about punks growing up, then Blisters In The Pit Of My Heart is about grown-ups staying punk. “It’s an album about trying to stay creative and passionate and making the most of everything in spite of the many obstacles that get in the way. It documents the way things like work, money, expectations and mental health issues can impact on your ability to do the things you want to do and be the person you want to be. It’s about resistance to those things. It’s about finding strength and solace in friendships, love, and taking motivation from the people in your life who really inspire you.”

As Nathan explains: “Playing music is something that is really important to all of us, but it’s also something that takes a lot of time and energy and emotional strain. This record is for everyone who leads a secret double life, devoting every weekend, every day of annual leave, all of their disposable income, every drop of creative energy to something as ethereal as music and art. It’s about persevering and still doing the things you love, even when most normal people can’t understand why on earth you do it.”

Martha will be playing UK dates in July and August before taking to the stage at End Of The Road in September (with US dates in the works).