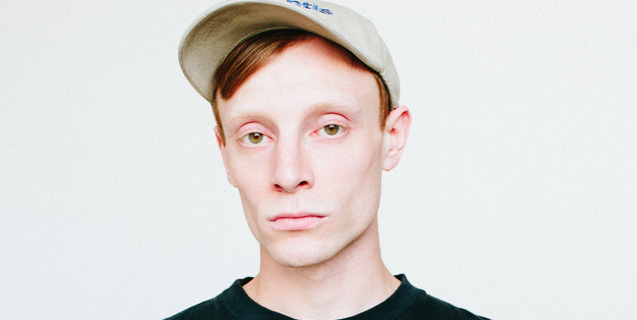 Mark McGuire’s albums are, amongst many other things, strong arguments for the album and for the stereo system. They’re not just music; they’re statements, and they demand to be experienced by the best sonic means available. They’re throwbacks, not in style, but intent and effect. Put another way — they don’t make them like this anymore.

Beyond Belief, McGuire’s second full-length for Dead Oceans, finds McGuire now well on the way of his own trip. liner note tales written to accompany and set the stage for his mostly-wordless songs delight and confound. McGuire, of course, first came to prominence with Emeralds, a Cleveland trio who seem, in retrospect, one of the most pivotal bands to come out of the 21st century noise scene, progressively moving as they did towards sounds more melodic, engaged, directed, and also more hopeful.

With Living With Yourself, his first major full-length solo in 2010, McGuire emerged from the underground with a clear reluctance to fulfill expectation or live inside any critical boxes. That album, with its sampled recordings from McGuire’s childhood and track titles like “The Vast Structure of Recollection”, is unabashedly sentimental, and seems to operate as a disclaimer — a manifesto of sorts against cynicism. Since then, his work has only grown in ambition and emotional complexity. The last few years have seen him working with Dustin Wong, releasing an R&B influenced tape as The Road Chief, expanding into visual art and video work, recording with the Afghan Whigs, and honoring his roots through his work with the annual Voice of the Valley Noise Rally in West Virginia.

Running nearly 80 minutes, the bold and fearless Beyond Belief is McGuire’s magnum opus to date, but in truth, there is no end in sight for McGuire’s vision, making any such assessment wholly premature.

Each pre-order package will include the Beyond Belief (Chopped & Chief’d) cassette, featuring chopped & screwed versions of selections from Beyond Belief.