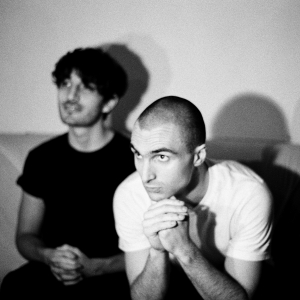 Majical Cloudz released a new track today titled “Savage”, a hauntingly beautiful ballad that showcases songwriter Devon Welsh’s penchant for capturing emotion in the simplest of lyrics. Composed around the same time that Welsh wrote Impersonator, “Savage” has been an integral part of the live show for quite some time.

In regards to “Savage”, Devon Welsh of Majical Cloudz noted “I think it’s important to explain a song a little bit, but not too much. The song is written about a specific set of circumstances and experiences, and Matt and I did such-and-such when we recorded it, but ultimately what the song is ‘about’ is less important than how and why it is meaningful for you when you listen to it. Explaining too much about the details of the song is not the point, so I won’t.” Welsh went on to say “Savage” is about a friendship, it’s mysteries and it’s moments of excitement, and the way drugs played into all of it. It’s about letting go of a relationship as it changes and the emotions that go along with that.”

“Savage” is the first new material the duo has released following their Matador debut, Impersonator, earlier this year. The band has toured extensively in support of the album, going out on the road with bands like Youth Lagoon, Grizzly Bear and Autre Ne Veut before embarking on headlining tours in North America, the UK and in Europe.