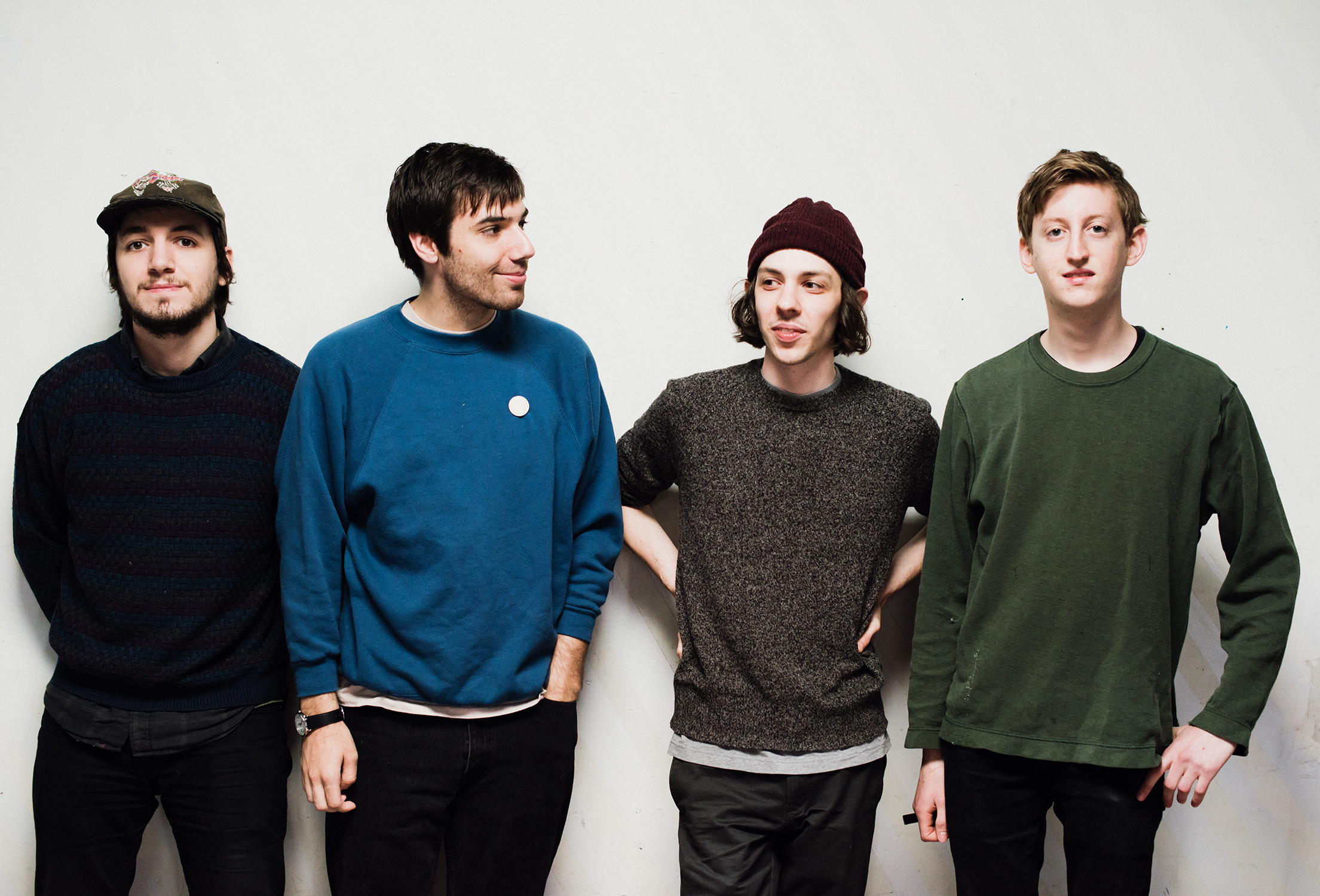 LVL UP, has announced, that they have signed with Sub Pop. Today, the band has shared “Pain,” from their upcoming third album Return To Love, out September 23rd. The band will be heading out on a North American tour, starting, September 9th, in Richmond, VA.

LVL UP, are guitarists Mike Caridi and Dave Benton, bassist Nick Corbo, and drummer Greg Rutkin –is a true collaboration,a band that takes the stylistically distinct ideas of four members and brings them together into something new. Caridi, Benton, and Corbo write and sing equally, bringing their work to the group to be fully realized, resulting in an album built on different perspectives but a common drive.”We have very different inspirations across the board,” says Benton, noting his own admiration for the writer and documentarian Astra Taylor, Corbo’s interest in the mystical and the occult, and Caridi’s attention to personal storytelling.

The music itself grows from a shared melodic and experimental sensibility, as well as a nod to iconic influences like Neutral Milk Hotel and Mount Eerie. But each songwriter has a different vision every step of the way, and there isn’t always alignment–it shouldn’t make sense, but in the end it does.LVL UP was formed in 2011 at SUNY Purchase as a recording project between Caridi, Benton, and their friend Ben Smith, with the original intention of releasing a split cassette with Corbo’s then-solo material. They instead released that album, Space Brothers, as one band, and Rutkin joined shortly afterwards for the group’s first show. Smith left the band for personal reasons just before the release of second album Hoodwink’d, a joint release on Caridi and Benton’s label Double Double Whammy and Exploding in Sound. DDW also put out records from other artists in the tight-knit community that launched the band.”There’s not really a town associated with the school, so there’s no bar or club that you could go play in easily,” says Corbo.

“But there was a student center on campus that was all student run. That was a great place to play, and also take care of a lot of practical issues like a place to put your stuff and a place to practice weekly. It was almost like an incubator situation for us and a lot of other bands –it gave us a little bit of experience and confidence, so it wasn’t as scary when we decided to go on tour for the first time.”Also part of that university community was Return to Love’s producer Mike Ditrio, who mixed LVL UP’s previous records and “was basically a fifth member of the band,” says Corbo.

“He played a huge role in developing the sound, without butting in too much. He also navigated our personal dynamic really nicely.”That sound is marked by reverb, harmony and tape distortion, with a keen balance of pop and experimentation. From the fast yet flowing lines of “Blur” to the all-consuming wall of guitar in “The Closing Door,” each song pushes and pulls in compelling, unexpected ways. There’s deliberation as well as spontaneity –the latter developed with the help of a song-a-day project, which pushed Caridi and Corbo to write and record full songs in a single day. Some of that material, including “Naked in the River with the Creator,” made it onto the album.”I ultimately made this half-drone, half-really loud guitar song, because it was an idea I had floating around in my head but never got around to doing until I had to write a song in a day,” says Corbo. “The thing that pulled me through was grasping onto words and images, but instead of pulling from an infinite sea of all the images that you could pull from, it’s easier to constrict yourself a little bit.