Lump release video for “May I Be The Light” 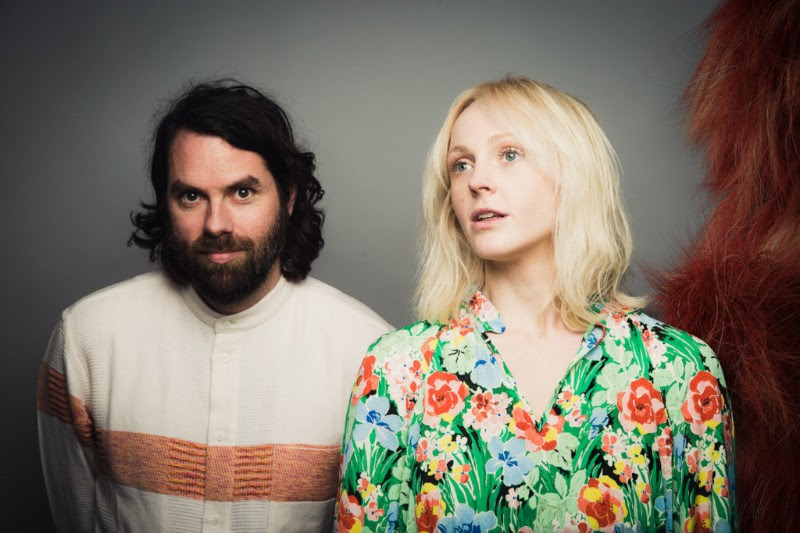 UK duo LUMP is comprised of Laura Marling and singer/songwriter Mike Lindsay, the founding member of Tunng and Throws, as well as producer. Their self-titled debut was released in June via Dead Oceans. Today, the band has shared a new video, for album track “May I Be The Light”. The clip was directed and animated by multi-disciplinary musician and artist Beth Jeans Houghton.

Beth Jeans Houghton on the making of “May I Be The Light”:

“The video for ‘May I Be The Light’ is hand animated, meaning each frame is hand drawn on tracing paper and then placed in a sequence,” explains Houghton on the creation of the video. “I was fortunate enough to see LUMP at one of their live shows a while back and was blown away, so to be able to animate one of my favorite songs from their record was a delight. A feature of their live shows is Laura’s silence between songs. An enigmatic soul flanked by two energetic guitar players. I wanted to capture the ethereal quality of her presence through animation.”

The story of Lump began one night in June 2016, when Lindsay was introduced to Marling after her show supporting Neil Young in London. On meeting, Lindsay and Marling discovered they had long been admirers of each other’s work.

Lindsay had been busy for some months composing an intricate, ambitious new sound cycle — a heady blend of wonked-out guitars, Moog synths and pattering drums, set against droning, coiling clouds of flutes and voices. With the project in need of a lyricist and vocalist, Lindsay and Marling’s meeting of minds seemed all the more fortuitous. He quickly invited her to step into his world, and a few days later they retreated to the studio to unite their energies and create LUMP. Inspired by early-20th-century Surrealism and the absurdist poetry of Edward Lear and Ivor Cutler, she wanted to explore the lengths we go to escape our own meaningless.