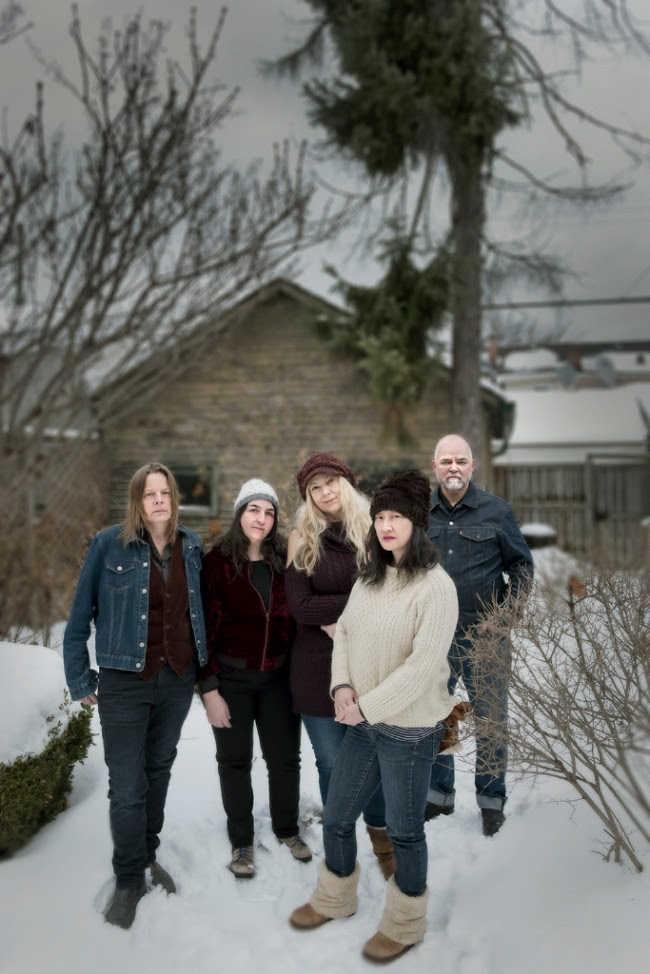 Toronto’s Long Branch (Shadowy Men On A Shadowy Planet, Fifth Column, The Good Family) will release their debut full-length album, Found the Setting Sun, on May 25th, via boutique label DWR, home to Michelle McAdorey’s Polaris Prize long-listed album, Into Her Future. Today the band is premiering the lead single “Ash” which is available to stream via Soundcloud. The band play a record release show on June 1st in Toronto.

“Ash tells of love and loss and even though all may appear to be resolved, there are grey areas that linger after people go their separate ways”

Long Branch recorded Found the Setting Sun at Noble Street Studios throughout 2016-17 in a series of sessions helmed by Executive Producer Gavin Brown. Co-produced by Long Branch and Shaddy Roman, the album gathers ten songs from the group’s repertoire, and expands on the sound the band first introduced to audiences with their self-released 7″ single, “Lucky Me/Just in Case” in 2015.

Dead leaves, bare trees, redemption, and resurrection are embodied in the fuzz-fueled guitars, violin, and vocal harmonies of Long Branch’s sound. Formed in 2014, the band is stacked five-high with members from beloved Canadian combos, Adaptor 45, Chicken Milk, The Good Family, Shadowy Men on a Shadowy Planet, and Venus Cures All.

Long Branch’s sound emerges from a solid guitar bedrock, with haunting violin voicings and the layered harmonies of the band’s four formidable frontwomen supported by nuanced, driving rhythms. Introspective, moody, and evocative, Long Branch songs are narratives of overcoming hardship. Yet the songs are hopeful: A whisper of sadness appears one moment only to be blown away by grit and determination.