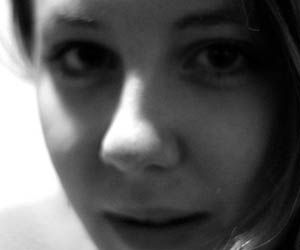 Sub Pop has signed London’s Lyla Foy (formerly WALL), where she will release her debut album in 2014. Preceding the release will be the “Easy”/ “Head Down” single,  available as a UK-only 7” single and digitally worldwide via Sub Pop. The single premiered earlier today.

Lyla Foy has scheduled a few UK shows to mention at this time:  November 9th in Oxford at the Cellar; November 24th in Edinburgh at Electric Circus; November 25th in Manchester at Band On The Wall;  November 26th at Union Chapel; And December 10th at The Lexington.

Lyla Foy, London singer and producer specializes in intimate vocals effortlessly intertwined with delicate, emotive instrumentation. The production is an integral part of her writing process, capturing not only the intended notes but also the incidental and accidental sounds that bring the recordings to life and provide endless intrigue. While the patter of keyboards, guitars and pulsing bass lines create a beguiling backdrop, it’s Foy’s sense of melody and turn of phrase that takes centre stage. Subtle nods to classic refrains, mingled with her own inflection, suggest a writer who draws from many different eras.