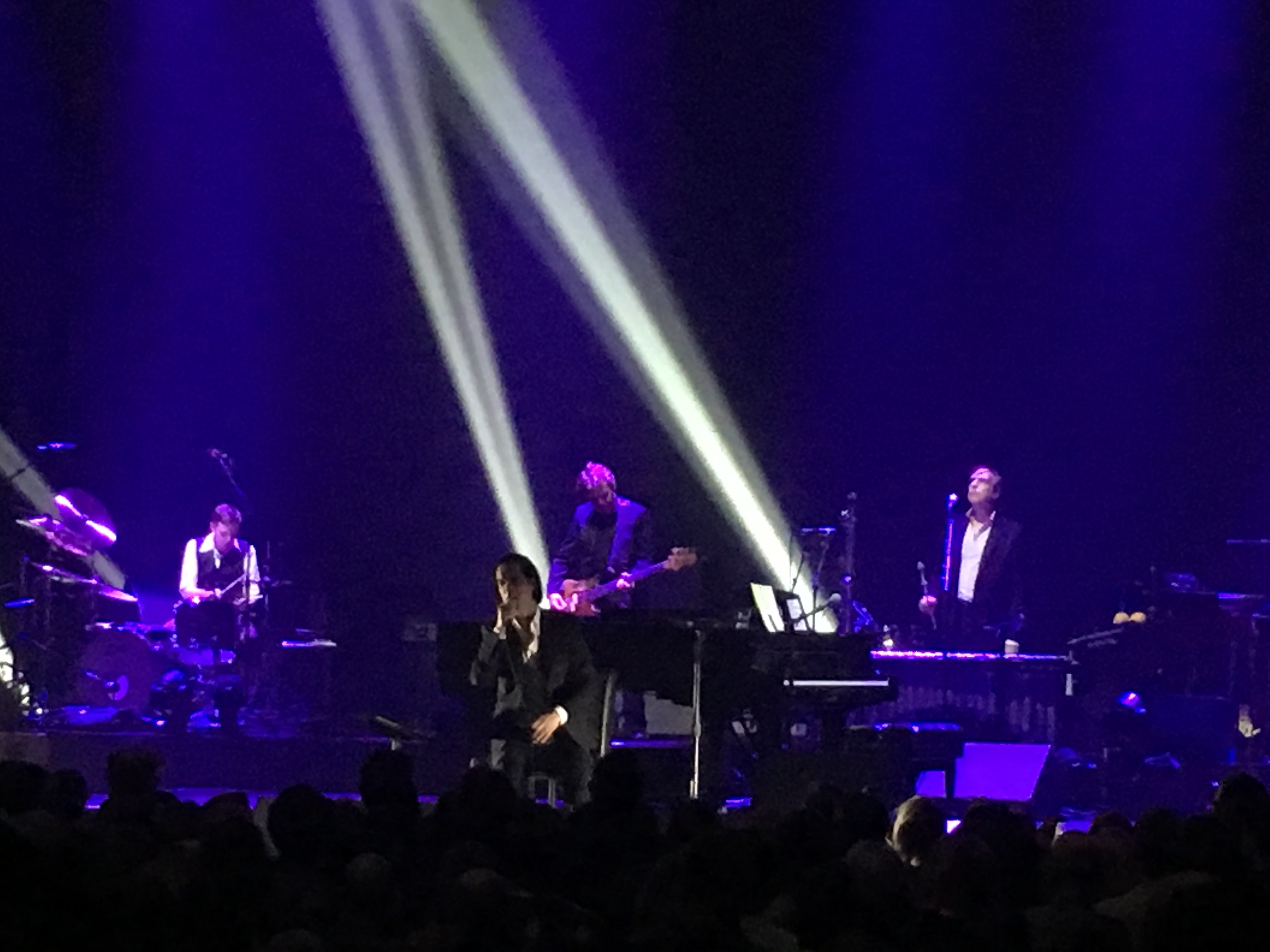 Nick Cave and the Bad Seeds took the stage in Toronto last night for the first of two sold out shows at the historic Massey Hall, setting out to promote both their recently released best of disc ‘Lovely Creatures’ as well as 2016’s sombre and delicate ‘Skeleton Tree’ LP. Fittingly, the set was made up of a collection of the Bad Seed’s dark and spiky back catalog and counterbalanced by the more nuanced and sombre material largely plucked from his latest two LP’s (Push The Sky Away & Skeleton Tree).

The band and Cave both handled these transitions incredibly well, and throughout numerous lineup changes over the years the Bad Seeds remain an accomplished unit both recorded and in the live setting. Cave’s newer material is delivered with heart-wrenching openness, and the poignancy of these songs make for an emotional and heavy evening. The tranquility of the latter part of Cave’s catalogue makes the boisterous and harder tunes sound as though they burst out of nowhere, and resulting overall in a more impactful assault. With all the members dressed in uniform tailored suits, the band maintained a controlled demeanour throughout, occasionally letting loose for those more rocking highlights such as “From Her To Eternity” and “Tupelo”, leaving the floor for Cave to exhibit admirable restraint; laying bare his emotions for his audience, and to demonstrate his unique and captivating showmanship.

Throughout the night, Cave careened from side to side on stage, often getting low to croon directly to those in the front rows, all dying to reach out and grab the hand of their gothic hero or attempt to seemingly drag him into the crowd with them. There are elements of dark showmanship and cabaret in what Cave does on stage, striking widely between cross legged crooning to throwing his arms wide showing his full wingspan, only to drop to his knees and snap back upright. Nick Cave is a man who has such a diverse and celebrated catalogue, and he once again showcased his poetic and noir brilliance in what was overall a moving evening, and an example that Cave is the last of a dying breed.