Montreal’s psychedelic prog rock maestros, Atsuko Chiba, once again shock and twist the mind with their new animated music video “Link,” a dizzying sonic ode to the personal fallacy of the good things that happen when we break someone down to prop ourselves up. Nothing good comes from this. The song is violent and gritty following a bassline and distorted, polyharmonic guitar chug, that picks up more and more momentum until reaching a climax that explodes with a feral synth wash, pounding drums, and contemplative lyrics. While their last single “Seeds,” had a more interpretive music video with a dancer, “Link” takes the lyrics a creates a micro-animated story.

The video focuses on a woman in the forest who wakes up, reflecting on the horrors she has committed in this life or a past one. Soon she is overcome and bound by the forces of nature which contort and morph into her body until she becomes a creature akin to the demons in Japanese folklore known as the “Yokai.” The video is a piece of animated art by one Laurine Jousserand, who ran with the concepts of revenge and hubris, eerily similar to the vibe of some of the more complex anime programs like Neon Genesis Evangelion or Death Note. “Link” is also a pretty quick journey just shy of three minutes, kind of an unheard-of concept in the prog world, but its impact is lasting.

“Link” is the second single to debut before Atsuko Chiba’s album, Water, It Feels Like It’s Growing on Jan 20, 2023.

FFO: The Mars Volta, BEAK>, and Spirit of the Beehive 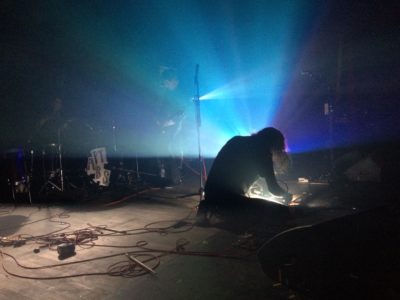 FME: One of the best Festivals you don’t know