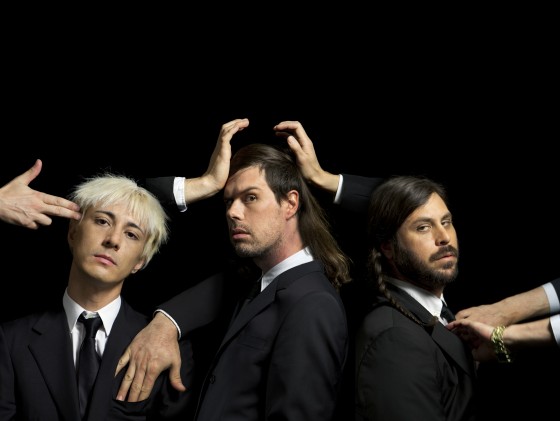 The Los Angeles (via New York via Berlin) trio known as Liars have never been ones to deliver the expected, constantly invoking a disquieting sense of intrigue. Their musical wanderings, undulating over and around genres, disregard insular definitions of what it means to make music, instead creating sounds, textures, and visuals from a plethora of mediums.

As a part of the Wordless Music Series Liars will be celebrating their embrace of these interdisiplinary art forms with two very special shows in New York in May.

On the 18th of May, they will be presenting a mulit-media, site-specific performance in The Temple of Dendur at the Metropolitan Museum of Art as a part of the “PUNK: Chaos to Couture” exhibit. This will be an event that will involve all of your senses. For more information on the sold out show, head to the MET’s website.

The following night, May 19th, the trio will head to another temple, this time the Brooklyn Masonic Temple, where they will stage one of their more traditional shows, playing a mixture of material from their recent album WIXIW and older material. However, what is traditional to Liars is not the average, and this show promises to be an unforgettable experience. Tickets can be purchased here.

WIXIW, Liars’ 6th studio album, was released last June and is available now digitally and on CD and Vinyl formats.