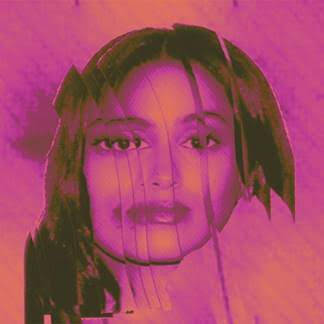 Montreal, singer/songwriter Lara Rawadi AKA: Laraw is a true pop artist, the artist grew up with three languages around her: French, English and Arabic. Laraw has been able to view music as using notes and lyrics as an unconventional way to bare her soul. Which is why her tracks reflect her life as a young artist, and her multi-cultural upbringing. “Nothing can reflect who you are and what you have been through like a chorus,” she says of her track work so far. “Even if it’s just a word or a sound that is repeated, I believe music can represent what I’m always going after—the truth.”

Laraw’s recent single, “Breakup Tutorial” is a deeply personal, which is a true description of her own heartbreak. The track/”Breakup Tutorial.” The track describes the joy and pain of tragic modern-day romance.“Bad relationships make for amazing songs,” she says of the way she treats songs as cathartic experiences. “I take a track and dramatize my past like it’s a Netflix series because I’m constantly remembering what happened to me in a more intense way,” she says of “Breakup Tutorial”, which was produced by collaborator Tim Buron (Charlotte Cardin, Loud, Nate Husser). “All that sadness and humor and weirdness and awkwardness, all the bad and good energy can be exaggerated and used to explain what you’ve been through in a bigger way through how you write and perform a song.”

Laraw is a self-obsessed gamer who is seriously inspired by platform video game soundtracks such as Spyro, which featured compositions created by none other than Stewart Copeland. Laraw’s own work builds on the same type of extreme emotion you hear while leveling up or facing an epic challenge. “It’s just like life, I want to capture the same intensity and those extremes make you feel so happy, stressed out, relieved and passionate while you’re playing,” Laraw says, noting that she’s developing this adventurous approach to song-making.

“I’m against anyone or thing that puts pressure to be perfect or make presumptions because that’s all a lie,” she says. “It’s so degrading to be expected to be anything but yourself so that’s what you’ll always see and hear from me,” she says. “I'm not afraid to tell people how I feel with my music,” she says. “When it comes to me, there’s no time to waste.”