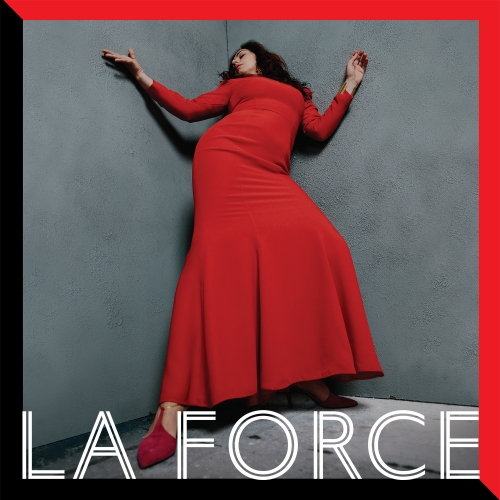 Ariel Engle has spent enough time in collaborative efforts that it’s about time she spreads her own creative wings as La Force. On this first solo outing for Engle, she ties in her past sounds with something new and dangerous to make herself stand out. Just as you think you know the album you’re going to get, each track becomes something completely new and interesting.

With the same rushing feeling and instrumental variety that makes her work with in Broken Social Scene so fun, “The Tide” starts the album with a nice transitional mix of electronic and organic tones. Engle’s dancing vocal lines however shine the brightest here to make the song a truly transcendent piece from anything she’s done before. “TBT” moves into a much more slinking and dark territory, with its off-kilter rhythms feeling almost ritualistic at times. As the song starts to build its simple rustic chug, it envelops so many weird sounds that even its auto-tuned droning feels great.

Though it started with a punk fury, “Ready To Run” comes out with an exotic and spacey bit of synth work all around it. More than anything however, it’s the swing to all of its beats and bass lines that make the song so fun. Through a strange demented jazz, “Lucky One” sees La Force switching into a kind of disorienting production style. This modern reinvention of an arguably traditional writing schemes makes for something instantly welcoming but constantly surprising.

There’s such a strange early-2000s electronic pop tone to “Upside Down Wolf” that you’d almost have trouble knowing it was new before it hits its chorus. Though some verses are almost too wholesome to feel interesting, the song fits into the larger scale of the album really well. The initial stagnant electronics of “You Amaze Me” may feel a little dry but it quickly opens up in to an ecstatic vocal celebration of a great love. This energy infects every funky new hook and addition to the instrumentation and sees La Force slowly taking each vocal line that much further.

“Mama Papa” meditates on its slow and intoxicating groove as it bounces between a subdued Latin tone and its larger electronic surges. In it, the saxophones create this sort of life and dread in equal parts while La Force straddles who two core sounds. A sense of self-doubt runs through the dark riffing of “Can’t Take” as Engle seems to realize how out of whack she’s feeling. Despite a personal sense of disorientation, the strong grooves guide the song while the arrangements fall in and out of the rest of the song.

“Epistolary Love Song” closes the record on a startlingly ambient take, with La Force transforming her sounds even further while reflecting on her past with those she loves. This mix of nostalgia and a pained emotion shows a sense of maturity and how much death is just as strong a force on the album as life itself.