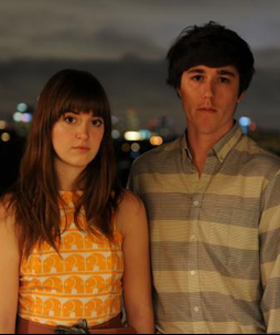 After releasing two tracks, “The Hardest Part” and “Huddle”, Kisses shares a new single today “Air Conditioning” is a pulsing, vibrant track that pairs arpeggiated synths with Jesse Kivel’s lowest crooning vocals to date. Armed with his father’s stolen bank card and several top 40 mixtapes, the protagonist takes us on a coming of age journey through the streets and clubs of Los Angeles.  Feel the breeze of artificial air….

Kids in LA is due out May 14 on Cascine and Kisses is touring the West Coast next month and performing at the Cascine Showcase at Northside Festival in June.