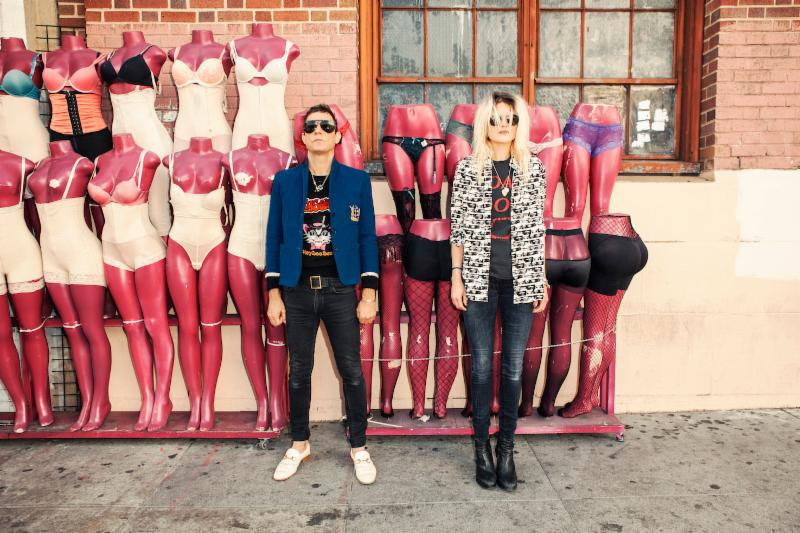 For their most recent single, The Kills re-wired the circuits of Saul Williams‘ “List of Demands (Reparations)” to create a wounded, volcanic, and urgent anthem. The b-side, a dazzling cover of Peter Tosh’s “Steppin’ Razor,” is today highlighted via a remix delivered by Kingstons’ Equiknoxx Music. The Kills’ last release 2016 album Ash & Ice, which spawned the singles “Doing It To Death” and “Heart Of A Dog”.

The greatest duos teeter on the cliff’s edge between chaos and equilibrium, salvation and obliteration, 10,000-watt voltage and gothic darkness. For a decade and a half, The Kills have mastered that savage balance, unleashing artful detonation and subtle vocal and guitar violence. That’s five albums and four EPs where Alison Mosshart and Jamie Hince reimagined the possibilities of modern duality-alchemizing garage rock, punk, and blues into smoke clouds, psychic carnage, and a smoldering nocturnal slink. A northwest passage between Outkast and Suicide.

Over their almost decade-and-a-half career, multi-faceted rock minimalists The Kills have released four records, each one a restless, reckless enigmatic art statement that bristled with tension, anxiety, sex, unstudied cool and winking ennui. Yet not one of them sounded like the previous one. “In an effort to not repeat ourselves, the path of least resistance has never been ours. Change is uneasy. Art should be uneasy”, says Alison Mosshart, sitting at a long wooden table in her rented house above Los Angeles’ Griffith Park, where she’s been residing for a month, right next door to her musical partner Jamie Hince.

This is where the two friends-cum-soulmates finished their long-awaited fifth album, Ash & Ice, due for release on June 3 (Domino). Unlike earlier albums, which have largely been written and recorded at Key Club Studio in Benton Harbor, Michigan, this one had a rather vagabond, as well as protracted, existence with the main bulk of recording taking place in a rented house in LA (using both Key Club’s and Jamie’s own mobile units) and at the world famous Electric Lady Studios in NYC. Begun three years ago, the project was derailed when Hince broke a finger. The first doctor he saw gave him a shot of cortisone, which caused a painful reaction giving the guitarist sleepless nights, undue misery and the loss of a tendon in his hand. “He couldn’t play guitar,” Mosshart says, “He began buying all these funny instruments that you would only need one hand to play.” But the idea that he would never play again was unendurable, and Hince consulted another doctor. Five operations later, with time out for rehabilitation, Hince was ready to get back to work, but only after learning how to play guitar in a way that didn’t include the previously important finger. It was during the guitarist’s 18 month long recuperation that he first starting sketching out what would become the songs for the album, including the song that gave the album its title.

“One of the first songs that he brought for the record was called ‘Ash & Ice,’ and we loved the title,” Mosshart says. “I guess he was sitting at some bar or some party or someone’s house, people were ashing into a glass of ice, that end of the night thing.” In Hince’s recollection, he was the ash-icer. “I had a drink, and I just threw my cigarette in this glass of ice, and it was just as simple as that. I liked the idea of it being these two opposite souls. I liked it being the idea of someone with a joint in one hand and a drink in the other.” Mosshart likes the connotations as well. “I loved it because it’s opposing ideas, because it’s black and white and hot and cold and all these things. It is all sides of everything and at the end of it, maybe it’s nothing but a memory, a cigarette in a glass of ice.” The song itself underwent a change of title, to “Let it Drop” but the name remained for the album title