Killer Mike To Speak At MIT 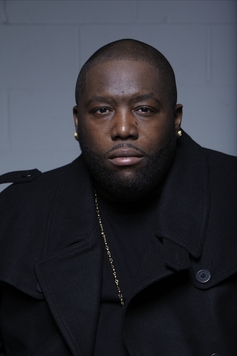 Hip Hop artist Killer Mike of Run The Jewels will present a lecture to MIT students on April 24, 2015. The lecture is part 2 in MIT’s new “Hip Hop Speaker Series”; the first was with Young Guru. The series is presented by the Arts at MIT and TapTape, an MIT-based music startup (winner of the MIT Creative Arts Competition in 2014), and brings together leaders in hip hop with leading faculty and students at the Massachusetts Institute of Technology (MIT) in Cambridge, Massachusetts.

Killer Mike: Race Relations In The US
Killer Mike will speak about race relations in the US in his April lecture at MIT and address how current and future technologies impact race relation issues. Topics such as Ferguson, to the SAE incident in Oklahoma, to white privilege and black empowerment will be included. As a social activist and hip hop artist, his music is full of socially conscious lyrics as heard in his album R.A.P. Music (R.A.P. stands for rebellious African people) to his duo Run The Jewels, who just released a new music video showing the futility of police brutality in “Close Your Eyes”. An introduction will be made by Christopher Nolte. Nolte is an MIT graduate student and is the CEO and Co-Founder of TapTape which was the winner of the 2014 MIT $10K Creative Arts Competition. The moderator of the talk will be MIT professor Ian Condry.

About The Arts At MIT
The arts at MIT connect creative minds across disciplines and encourage a lifetime of exploration and self-discovery. They are rooted in experimentation, risk-taking and imaginative problem-solving. The arts strengthen MIT’s commitment to the aesthetic, human, and social dimensions of research and innovation. Artistic knowledge and creation exemplify our motto – mens et manus, mind and hand. The arts are essential to MIT’s mission to build a better society and meet the challenges of the 21st century.
arts.mit.edu @artsatmit (twitter, facebook and instagram)

About TapTape
TapTape is a music platform that works with labels, allowing fans to coinvest in record deals of up and coming artists. The company was founded at MIT in 2014 with a mission to connect the right artists with the right fans to give talented musicians financial freedom and artistic flexibility. In May 2014, TapTape won the $10K Creative Arts Prize, awarded to an artsfocused team participating in the MIT $100K Entrepreneurship Competition finale. The company is backed by Lyor Cohen, ex-CEO of Def Jam Records, Warner Recorded Music, and founder of 300 Entertainment. TapTape.com