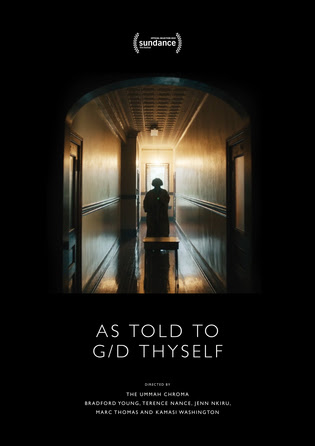 Kamasi Washington formed his first group, the Young Jazz Giants, with Stephen “Thundercat” Bruner, Ronald Bruner, Jr. and Cameron Graves in high school, Washington’s first album, The Epic, was released in 2015 to rapturous critical reception, embraced as one of the best of the year and awarded the inaugural American Music Prize.

Washington will play a special show in partnership with the Apollo Theater and Afropunk on February 23 at the legendary Harlem venue. The show headlines the theater’s “Race Music” weekend, which also features film screenings in partnership with ImageNation Cinema Foundation, Firelight Media and more. For tickets and more information visit ApolloTheater.org

The film’s debut and the Apollo show cap off a whirlwind year for Washington. Heaven and Earth and its counterpart The Choice were released in June to widespread acclaim and Washington has toured the world over, including a sold-out run of North American shows as well as dates with Florence + the Machine at the Hollywood Bowl, New York’s Barclays Center and beyond.