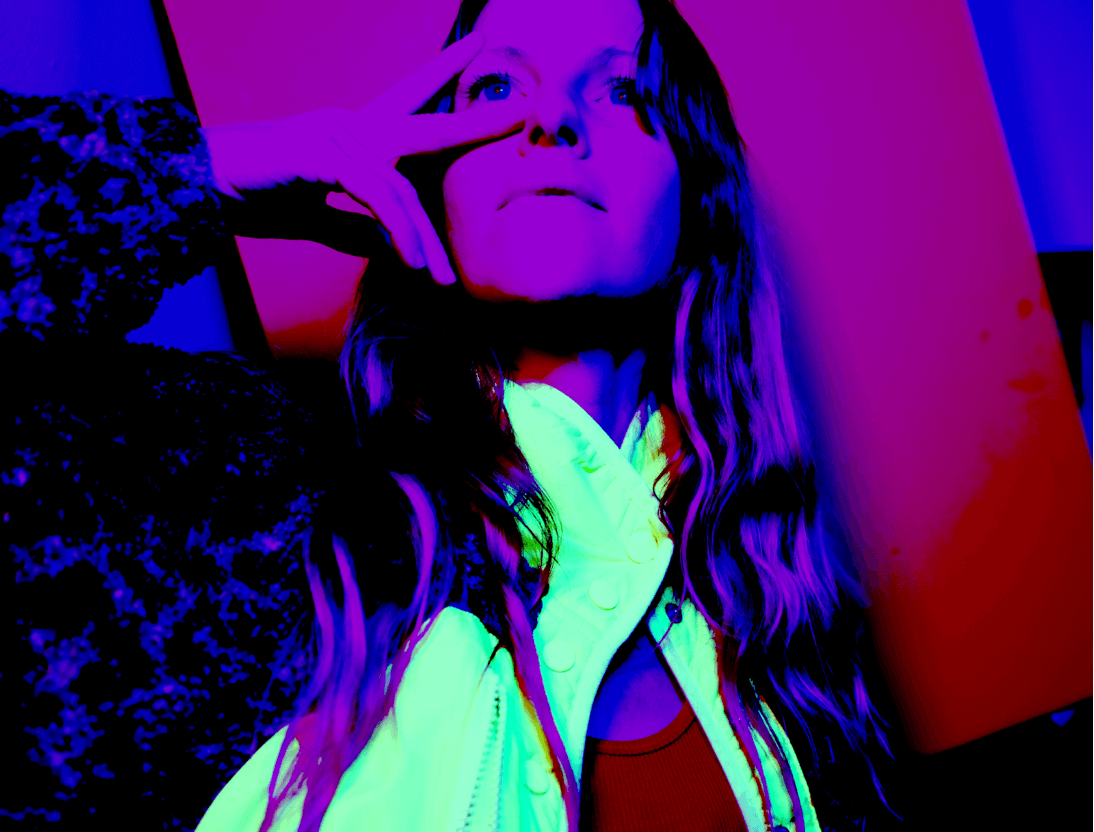 Composer and experimental artist Kaitlyn Aurelia Smith has announced her new solo album Let’s Turn It Into Sound, slated for release August 26 on Ghostly International. The album’s title reflects KAS’ pursuit of more intuitive and physical responses to the complex emotions brought on by the fraught moment we live in, exploring major questions so many have wrestled with: How do we understand what it is we’re feeling? How do we translate our experience of the world into something that someone else can understand? “The album is a puzzle,” KAS says. “[It] is a symbol of receiving a compound of a ton of feelings from going out into a situation, and the song titles are instructions to breaking apart the feelings and understanding them.”

The announcement is accompanied by visuals for the album’s debut single, “Is it Me or is it You?”, a treatment, Kaitlyn Aurelia Smith and director Sean Hellfritsch made using a motion capture suit recording her movements in real-time. The visuals feature a 3-D character flowing through a series of hypercolor shapes and landscapes.

On the track and performing with the motion capture suit, KAS says, “It gave me an opportunity to further embody the vocal entity I created for this album. This song is about breaking free from others’ perceptions of you and playing with the line between what is yours and what is being projected onto you. Sometimes we project pain onto others & vice/versa – I wanted to play with that in the lyrics and keep in theme with playing with sound/phonetics.” Director Sean Hellfritsch adds, “My favorite thing about the project has been seeing Kaitlyn express herself through movement and dance – it’s a big part of her essence that I’ve known for a long time, and I’m happy that others will get to know it too.”

Created over three frenzied months, recording alone in her home studio, Let’s Turn It Into Sound manifests as KAS’ most ambitious, intuitive, and inviting work to date. Determined to pursue new sonic experiments to augment her usual toolkit of modular, analogue, and rare synthesizers, KAS created a new vocal processing technique and gave herself permission to pursue a pacing that felt intuitive, yielding a batch of unexpectedly nonlinear pop structures. She walked around in the windiest season with a subwoofer backpack and an umbrella, listening to the low end of the album amidst 60mph gusts. She listened to herself, and, in doing so, to an inner community which suddenly opened to her.

Smith’s’ work as a producer and composer has pushed the boundaries of experimental music. Fresh off the release of her collaborative album with Emile Mosseri, I Could Be Your Dog / I Could Be Your Moon, which garnered attention from the New York Times and NPR, KAS has further expanded her genre-bending array of work. Already boasting an impressive resume which includes shows with bands like Animal Collective Four Tet, Caribou, and Tortoise along with composing original works for BBC Orchestra, Adult Swim, MoMA, and others. This new project sees KAS forging a path far beyond the ambient music moniker she is often associated with, traversing avant-garde pop, neoclassical, and the otherwise unclassifiable, all the while cementing Kaitlyn as a composer and artist in a lane all her own.

Fans can catch her live in San Luis Obispo later this summer at Festival Moziac Presents: An Evening with Kaitlyn Aurelia Smith on July 28 or in Austin, Texas at lookOUT Fest on September 3, 2022.