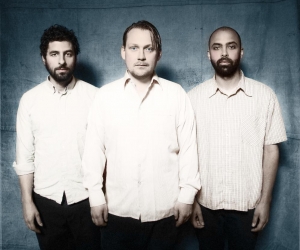 Junip are gearing up for their fall tour and are eager to see you out and about at their shows! First, check out the NEW video for their single “Walking Lightly” above.  “Walking Lightly” was directed by Fredrik Egerstrand who you might recognize from his documentary The Extraordinary Ordinary Life of José González. Beautiful and simple, the video let’s the band’s beautiful melodies and José’s vocals shine through without any interruptions.

“Walking Lightly” will be available on September 17th, via Mute featuring remixes from electronic producer John Roberts, Tobacco, To Rococo Rot, Maps and others. For complete tracklisting see below.

Junip head out on a 13 city tour commencing in Austin with the band’s first appearance at Austin City Limits on Saturday, October 5th and wrap up their two week run on Sunday October 20th in Los Angeles with stops in San Francisco, New York, Salt Lake City, Denver, Atlanta and Baltimore.