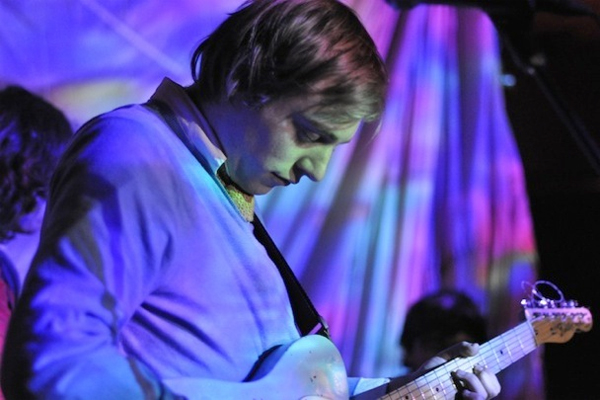 Julian Lynch has been releasing home-recorded music under his own name since 2008. He has developed a unique style across several releases in the last five years, most fully realized in his newest long-playing project, Lines. Lynch builds Lines upon musically complex and thoughtful compositions without abandoning the accessibility, nuanced timbres, and vivid instrumentation found on his first three LPs. In addition to recording and performing music, Lynch leads a parallel life as a PhD student in Anthropology and Ethnomusicology at the University of Wisconsin-Madison. Julian’s new album, Lines, will be released by Underwater Peoples Records on March 26, 2013.