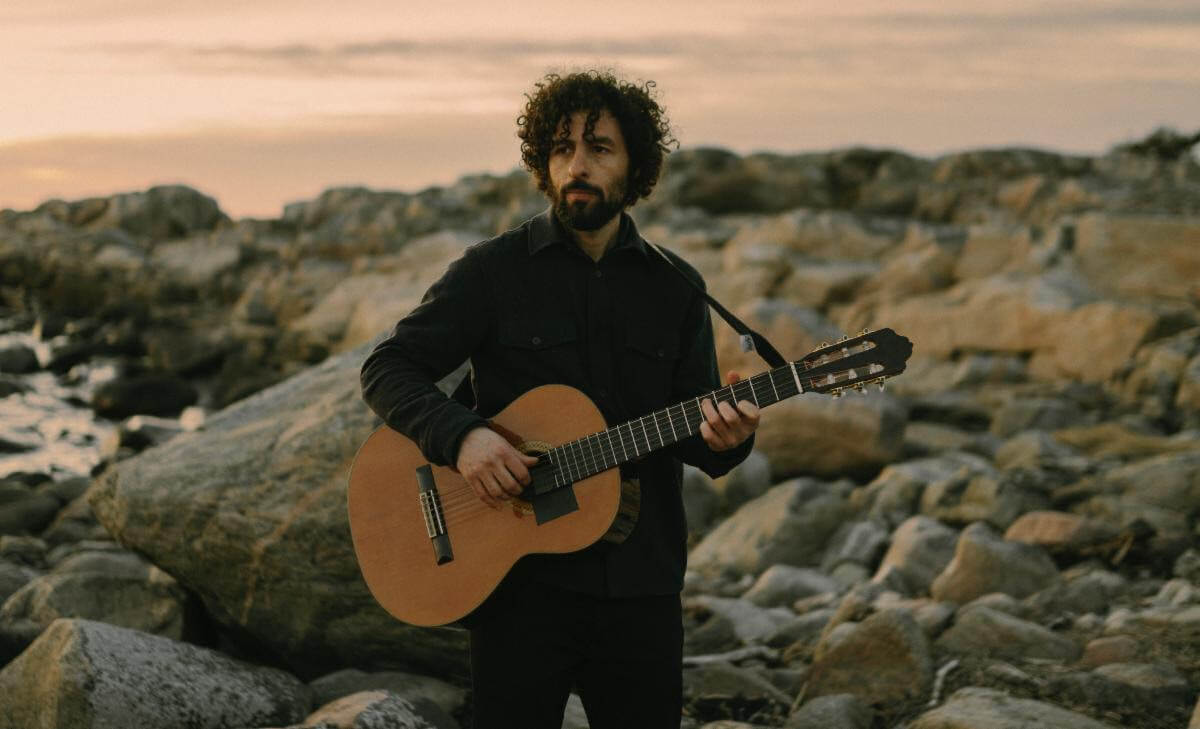 José González has released “Head On,” accompanied by video, directed by longtime visual collaborator Mikel Cee Karlsson (Fever Ray, Junip). Tomorrow, June 10, González will perform “Head on” live for the first time in an interactive online show called “Up Close & Personal” to be broadcast live from The Botanical Garden in his hometown of Gothenburg followed by an interactive Q&A. This intimate show will offer the rare opportunity to request songs in real-time allowing fans to get up close, switch camera angles themselves, and chat to González and other fans, seeing more than they would even at an in-person show. Included in the ticket is the exclusive online world premiere of album Local Valley on September 12.

“I wrote ‘Head On’ as a combat song or a list of instructions…a manual. I mean both ‘straight ahead’ and head ON – as in switching on your mind,” says González. “It was inspired by Fela Kuti’s ‘Zombie’ and the way I used to write lyrics for my hardcore band. It’s also in the vein of my song ‘What Will’ from 2015. That one and this one are both anti-dogma, pro reason songs. Some of the terms I use like ‘rent seeker’ or ‘value extractor,’ are from books on economics that I’ve been reading, like The Value of Everything by Mariana Mazzucato.”

“The animations for ‘Head On’ are based on a cellular automaton called ‘Game of Life’ created by mathematician John Horton Conway,” adds Karlsson. “’Game of Life’ has emergent properties, meaning that complex forms can arise, or evolve, through simple individual parts. Without any designer, plan or intent. In the video, we used visuals from ‘Game of Life’ as an analogy for the flow of information; bits of information forming patterns. Adapting. Evolving. Mutating. Like memes, or mind viruses; positive, neutral or negative. Travelling from mind to mind in a never-ending war of ideas that we all participate in and are influenced by.”

González will tour his forthcoming release Local Valley with a U.S. co-headline tour alongside 2x GRAMMY® Award-nominated singer-songwriter Rufus Wainwright. The “Unfollow The Rules In The Local Valley Tour” begins September 20 at Kansas City, MO’s Uptown Theater and then travels through an October 1 performance at Glenside, PA’s historic Keswick Theatre. Tickets for all announced dates are on sale now; limited VIP tickets and an exclusive merch bundle are also available. González has also confirmed an upcoming series of European live dates, including headline shows and a number of top-billed festival performances. For complete details and ticket information, please visit jose-gonzalez.com/tour-dates.