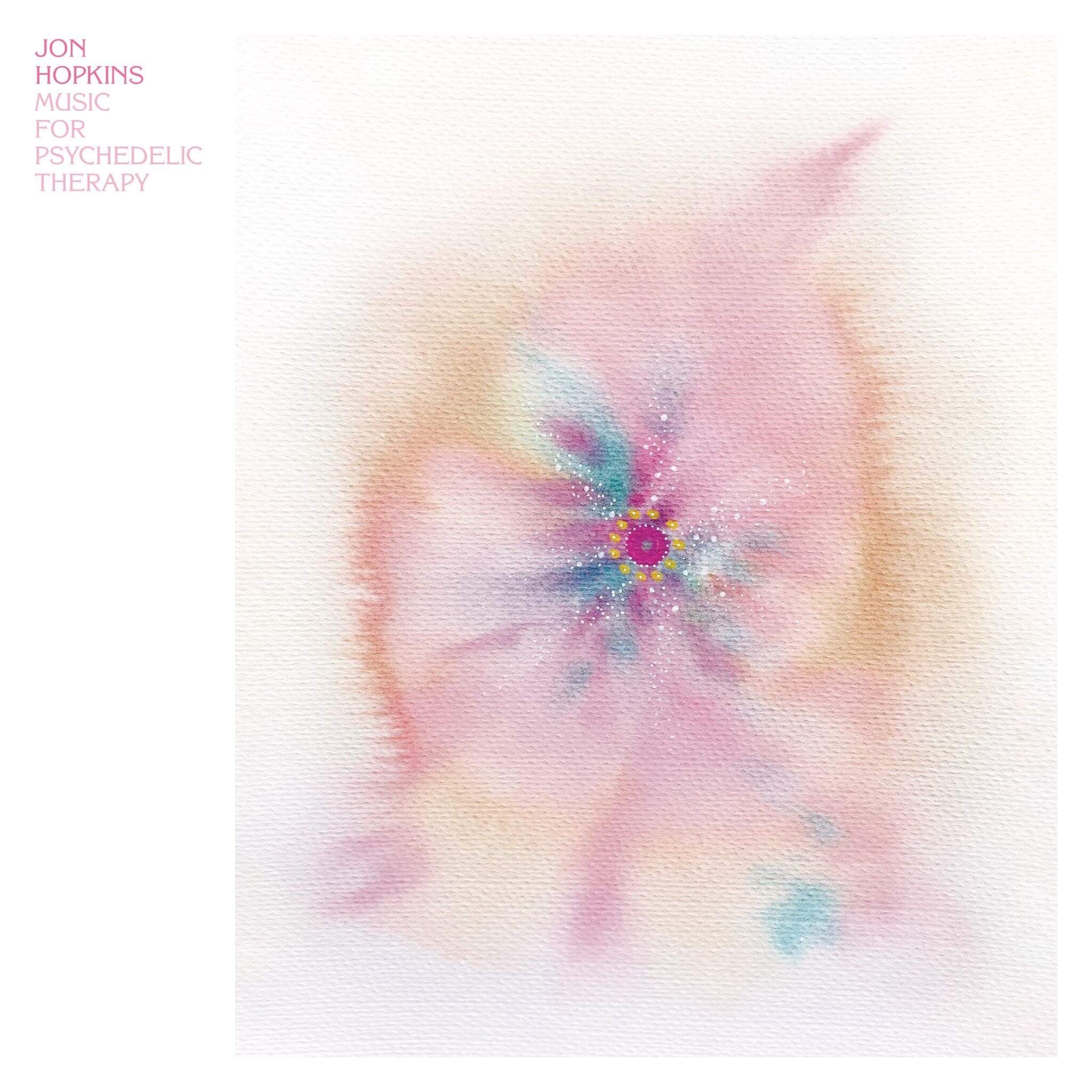 Over his 20+ years as an innovative electronic musician/producer, Jon Hopkins has often positioned himself in-between the calm and the chaos. Sonically, the artist flits effortlessly from the frenzied to the serene. Like when he dispenses with (in his own words) a “massive techno bastard”, when referring to the 10-minute epic ‘Everything Connected’ from 2018’s ‘Singularity’ LP. Then there’s the tranquillity of when he turns his hand to soundtrack work, having composed scores for the films ‘Monsters’ and ‘How I Live Now’.

2021 finds Hopkins exploring the more ethereal realms of his aural repertoire with ‘Music for Psychedelic Therapy’. The album itself contains no beats or drums; it’s a purely fluid composition constructed via vapour-like electronics, sparkling digital nuances and tangible, natural sounds like bird chatter, rain tapping at windowpanes or the gentle hush of an ocean lapping at the shore.

The LP’s inspiration came via a trip to the Tayos Caves in Ecuador back in 2018. This expedition was so influential, it laid the foundation for the album, with the caves themselves namechecked as an angelic trilogy located at the record’s start. Reflecting on his sixth studio record, Hopkins states “Music for Psychedelic Therapy’ is not ambient, classical or drone but has elements of all three. For me it’s a place as much as it is a sound. It works for the sober mind but takes on a new dimension entirely when brought into a psychedelic ceremony.” Meditative is probably the most pertinent word to use to describe Hopkins’ new release; there are moments where a slow crescendo will mimic the unfurling of a new dawn, akin to a beautiful virgin sun beam piercing through the void of night. The inclusion of earthy weather and animal textures provides a wonderful juxtaposition to the album’s more synthetic moments, as the organic and the artificial unite in total harmony to create a peaceful environment.

To illustrate the calm, contemplative mood of ‘Music for Psychedelic Therapy’, the album’s final track ‘Sit Around the Fire’ is a collaborative effort between Hopkins, the ceremony guide, East Forest and the voice of late guru Ram Dass. Thinking back on how the piece of music took shape, Hopkins reflects “Sit Around the Fire’ exists from the deep synchronicities that ushered this [album] into being. I was contacted by East Forest, who spent some time with Ram Dass in Hawaii before he passed. He was given access to several lesser-heard talks from the 70s and asked to set them to music. He sent me some starting points, including beautiful choral vocals he recorded which open the piece. I put my headphones on and with Ram Dass’ voice inside my head, I sat at the piano and improvised. What you hear is the first thing that came out – it just appeared in response to the words.” The result: a low, distant hum of wordless voices, the gentle murmur of wind and slow, deliberate piano motifs as Dass’ calm tones float above the music like a sycamore seed pirouetting on an updraft. Through the Guru’s spoken word delivery, you can hear him state words of reassurance and clarity, such as “it’s really time for you to see through the absurdity of your own predicament/you’re really not that person” and the simple, yet effective “quiet the mind/open the heart”.

Suffice to say Hopkins has channelled a celestial stillness with ‘Music for Psychedelic Therapy’; in a world that is seemingly bat shit crazy right now, this LP is just the tonic for our frazzled minds.