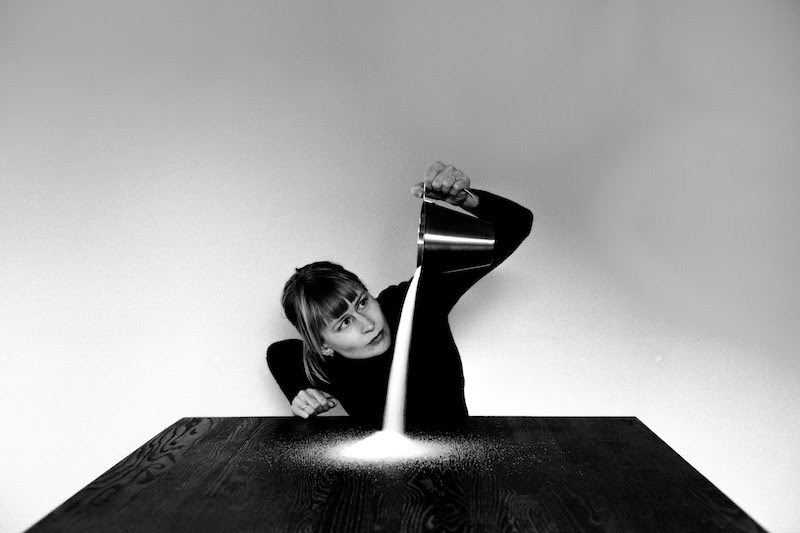 Jenny Hval will release her new LP The Practice of Love, on September 13th via Sacred Bones. Along with the news, Hval has shared the album’s lead single, “Ashes To Ashes.”

Hval explains that this braid-work of voices could be “the voice of someone who was once an angry teenager, furious at the hierarchies,many years later. No longer angry, but still feeling apart from the mainstream. . . longing for community. I wanted to give the feeling of being apart from the world a mystical, but beautiful place, meaning pop songs… A place that also contains enough depth to bury oneself in.”

Though the title, The Practice of Love, was in some sense inspired by Valie Export’s 1985 film of the same name, Hval worked with the concept of love as a poetic and multivalent activity — as a way of broadening her own writing practice. Lyrically, the eight tracks hew more closely to poetic forms than anything Hval has made before (as evidenced by the record’s liner notes, which assume the form of a poetry chapbook). The record considers the notion of intimacy from all sides, whether it be positing the notion of art in conversation with other artists or playing with clichés around what it means to be a woman who makes art. Hval uses the pop song format to attempt to make sense of what love and care actually mean—love as a practice, a calling, a vocation.

“This all sounds very clichéd, like a standard greeting card expression”, Hval says, “But for me love, and the practice of love, has been deeply tied to the feeling of otherness. Love as a theme in art has been the domain of the canonized, big artists, and I have always seen myself as a minor character, a voice that speaks of other things. But in the last few years I have wanted to take a closer look at the practice of otherness, this fragile performance, and how it can express love, intimacy, empathy and desire. I have wanted to ask bigger, wider, kind of idiotic questions like: What is our job as a member of the human race? Do we have to accept this job, and if we don’t, does the pressure to be normal ever stop?”